With iOS 8, Apple began allowing third-party keyboards for the first time, and over the last few months, dozens of feature-rich keyboards have hit the market. With an ever-increasing number of keyboard options available, it's becoming increasingly difficult for keyboard developers to stand out

Fleksy, a company that has long had an Android-based keyboard and was one of the first to launch a keyboard for iOS, is aiming to get itself back into the public eye with a major 5.0 update. The new version of Fleksy introduces a slew of features, including several customizable extensions and dozens of premium themes. With Extensions, Fleksy is now able to go beyond simple text insertion, offering additional features that extend Fleksy's functionality. 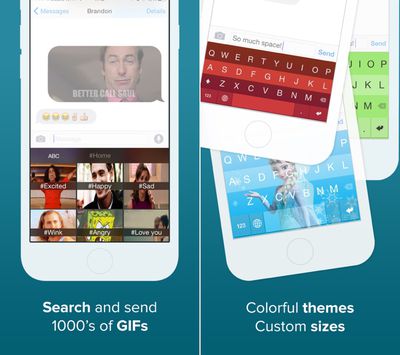 The Number Row adds numbers to the top of the keyboard, Rainbow Key Pops add a pop of color with each key press, and the one-handed typing feature moves the keyboard to the side of the screen. Users can install up to three extensions at once via the Fleksy app, and Extensions can be changed out at any tie. It's also possible for users to purchase additional slots for $0.99.

"We're unlocking the keyboard's true potential with this update," said Kosta Eleftheriou, Fleksy CEO and Co-Founder. "Keyboards are our primary input method. With Extensions we mean to revolutionize not only text input, but all input; making it faster, easier, and more fun. Why switch back and forth between apps to do things that can be done via the keyboard?"

The updated version of Fleksy is far more customizable, with an additional 30 themes available for purchase. Themes are organized into several different classes including Personal, Trendy, Branded, Dynamic, and Translucent.

Branded themes, for example, include Frozen and Hunger Games, while other available themes offer a variety of different colors. The themes are bundled into packs of two or three and can be purchased in-app for $0.99 to $2.99. Along with the iOS version, Fleksy for Android is receiving many of the same features, along with additional Extensions that allow for text shortcuts and an invisible keyboard.

Fleksy can be downloaded from the App Store for $0.99. [Direct Link]

Patriks7
I have tried many of these keyboards and I always keep coming back to the stock one as it seems to work the best for me. Am I the only one?
Score: 23 Votes (Like | Disagree)

The stock keyboard works well and I dont have to worry about my data going anywhere else.
Score: 7 Votes (Like | Disagree)

ck2875
What I find really dodgy is that the developer changed the IAP pricing descriptions.

Before, it listed the prices for each IAP (i.e. $0.99, etc) and with the new update they have changed it to say "GET" in the same manner that Apple now displays the price for free apps in the App Store.

This is no doubt an attempt to confuse the unattentive consumer into thinking its going to be free then tapping through the pop up without realizing they're paying for it. 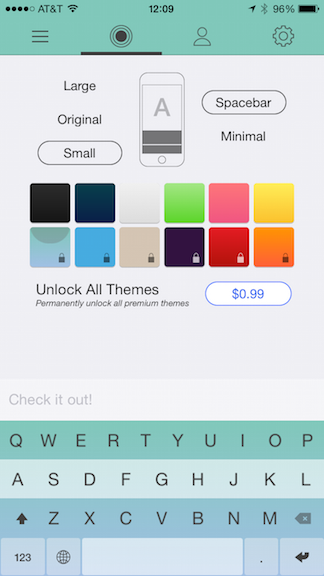 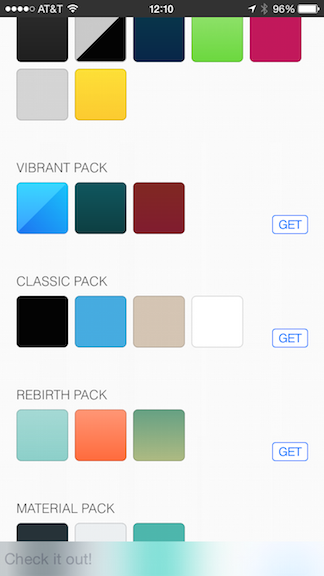 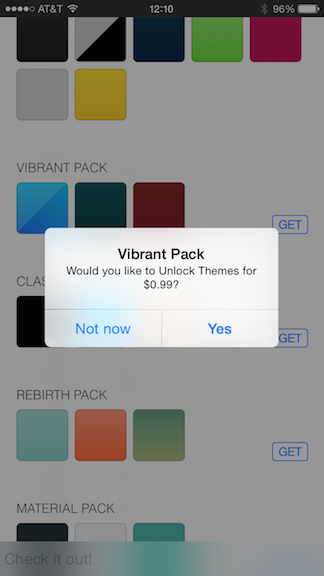 
Am I the only one who's also tried many keyboards but bothered not to invest in any of them because - even at the current iOS 8.1.2 - the OS is still so buggy that the third-party keyboard occasionally won't even open, forcing me to force-quit the app and relaunch it just to get it to work?
Score: 6 Votes (Like | Disagree)

Yeah it does work the best IMHO, though I'm forcing myself to use Swype for reasons I don't yet understand. I downloaded a Klingon keyboard only to remember I can't speak Klingon. So my experience with third-party keyboards has been fairly tragic, albeit self-inflicted woes.

I tried all the popular free ones. Not much I liked. Then when Swype became free thought I'd give it a proper try. So I uninstalled the stock keyboard and tried for a full month. Swyping was novel for a couple of days. But by the end I was just frustrated by the inconsistent auto-correct, and I realised NEVER Swyped, always tapped. It was also slower having to tap and hold to access the emoji keyboard.

So I'm back on the trusty stock keyboard, for me the most accurate and the one I'm quickest with.
Score: 4 Votes (Like | Disagree)
Read All Comments