The iPhone 6 and 6 Plus are both seeing improved inventory availability at Apple's retail stores across the United States, according to a new report from Piper Jaffray analyst Gene Munster, who has been tracking in-store availability of various models across 80 different stores since the devices' launch in September.

According to the report, checks of Apple's online store for in-store pickup at the location found that 56 percent of "core SKUs" (AT&T and Verizon) of the iPhone 6 and 6 Plus were in stock as of last Friday, December 12, which was "up from almost no inventory in mid-November." Munster's previous tracking saw 6 percent availability as of October 14 and 0.4 percent as of November 14. 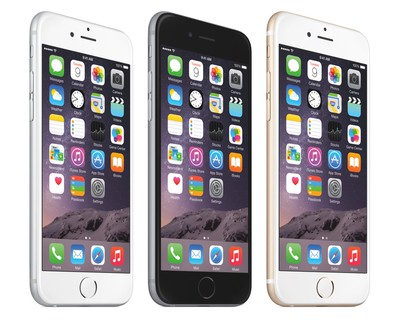 Shipping estimates for online orders through Apple in the U.S. and other countries also began improving in late November and moved to 3-5 business days earlier this month. Munster noted, however, that "typically at this time in the cycle, we would expect online leads times to be same business day."

Looking back at the iPhone 5s, which was also considered constrained for quite some time after launch last year, Munster found in-store availability in the United States was essentially at 100 percent as of December 9, 2013, with online orders achieving "within 24 hours" balance just a day later.

With a little over a week until Christmas, it appears that the iPhone 6 and 6 Plus are continuing to face far more shortages than any of their predecessors have in the past, despite the boost in online and retail availability over the past month.


I appreciate your comment. My response came off a bit antagonistic. Sorry about that.
Score: 6 Votes (Like | Disagree)

MacDawg
Walked into AT&T yesterday and they had the 6 and 6+ but only in 16GB
Went upstairs to the Apple Store and they had everything
Picked up an AT&T 64GB 6+ Gold for the wife with no problem
Easy in and out with zero wait
Score: 6 Votes (Like | Disagree)

KdParker
Looks like the bigger screen size was a huge hit.

Doubt that Apple will return to the smaller 4 inch screens with the new design.
Score: 4 Votes (Like | Disagree)

The amount of Iphones being sold must be mind boggling. Because reports are that production levels are much higher for the 6 than they were for 5s. And this analysis is primarily U.S. based. There seems to be shortages all over the world as well.

And we are only a few months before the Great Apple Watch shortage. Well I don't know if that will happen. But I think there is a fairly good chance we are going to see long lines for launch day for the watch. Keep in mind that buying the watch will be more personal as you inspect the bands from an aesthetic sense. So buying will take much longer and many people will not want to order online sight unseen. It could get ugly if the lines stretch around the block, and each purchaser needs 10 minutes of fiddling around with bands and such before buying a watch (versus the process for buying a phone which folks usually know what they want as they walk into the store, certainly all the folks who wait on launch day, they know).
Score: 4 Votes (Like | Disagree)

Looks like the bigger screen size was a huge hit.

Doubt that Apple will return to the smaller 4 inch screens with the new design.


I'm still holding on to my 5s. I want a small phone with Apple Pay and a better camera/battery life.
Score: 3 Votes (Like | Disagree)
Read All Comments