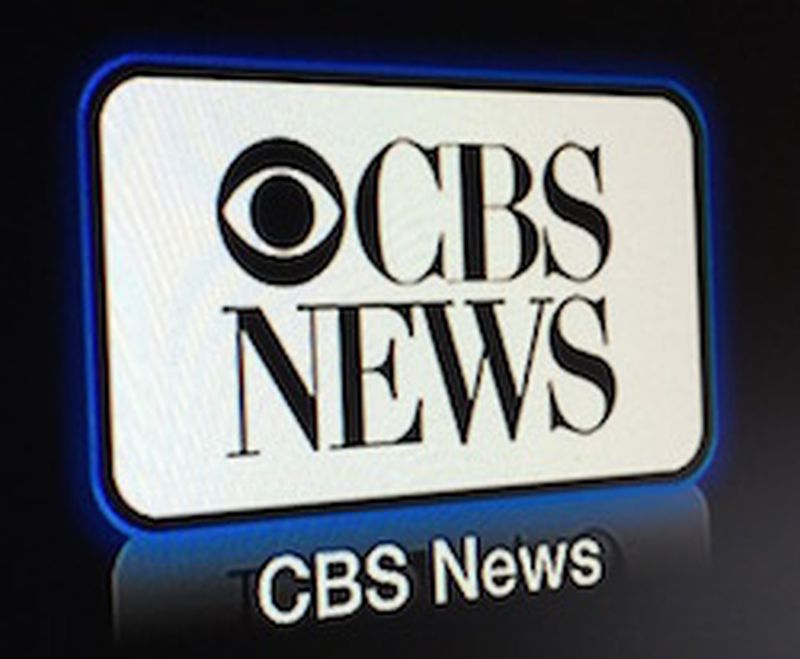 CBS News today announced the launch of a new ad-supported digital streaming news network, making the service available on the CBSNews.com website, CBS News apps for Windows and Windows Phone, and various connected television platforms. While the Apple TV was not announced as one of those platforms, a CBS News channel is indeed just debuted on Apple's set-top box.

The network features a 60-minute format delivering live, updated news content from 9:00 AM - midnight ET every weekday at launch, and it takes advantage of the interactivity of digital platforms through a unique video player and on-screen interface. It gives viewers the full flexibility within each hour to control what they watch and when they watch it via DVR-like functionality that allows them to watch previous segments and jump back into live programming seamlessly and across devices. 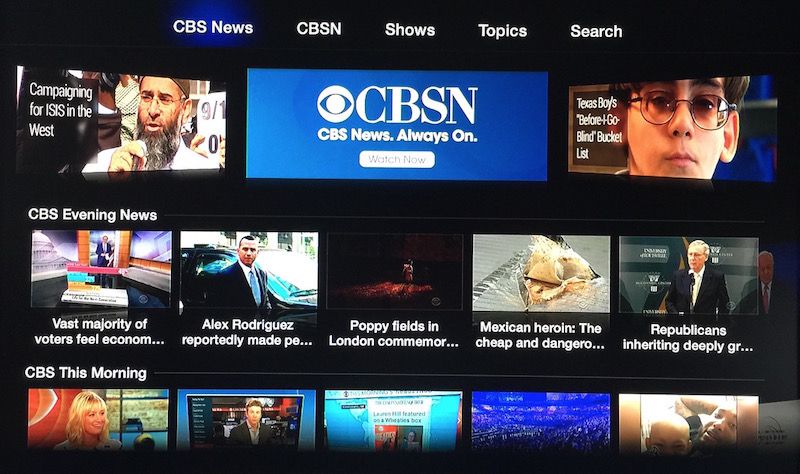 Beyond the live coverage with simulcasts of breaking news, the new channel offers a variety of supplemental on-demand content from sources such as CBS affiliates, CNET, CBS Sports, Entertainment Tonight, and more.

More commercials oh boy! Good question I have Directv and don't see the point to use any channel on my Apple TV that is on my Sat programing. I do watch them on my iPad though. Most Network apps suck though.

You can use the Apple TV on a secondary TV in your house and get content without paying monthly for an extra set top box from direct tv.
Rating: 6 Votes

BJMRamage
I feel we need FOLDERS.

I can have a NEWS folder
SPORTS folder
MUSIC folder

to store all the App/Channels in.
Rating: 4 Votes

ipedro
I've wondered why over the air broadcast stations haven't offered this before. You can already get them for free so a cable subscription shouldn't be an impediment. They can use the exact same ad supported model that they already use over the air.
Rating: 4 Votes

lewisd25
Finally, an app I don't have to hide.
Rating: 4 Votes

I feel we need FOLDERS.

I can have a NEWS folder
SPORTS folder
MUSIC folder

to store all the App/Channels in.


Move to Canada, buddy. Apart from the fixed items I only have YouTube, Vimeo, Crackle, Crunchy Roll and Netflix on my menu.
Rating: 3 Votes


Yep, if it wasn't for Tim, cable companies would be the best companies in the world. /sarcasm
Rating: 2 Votes

Jimmy James
The only thing I want is access to the App Store.
Rating: 1 Votes
[ Read All Comments ]