Since Thunderbolt ports can support up to six peripherals in a daisy chain, which is a wiring scheme where multiple devices are chained together in a certain order, Macworld decided to test how many devices they could daisy chain together with the new Mac Pro's six Thunderbolt ports, four USB 3.0 ports, one HDMI port and two gigabit Ethernet ports. 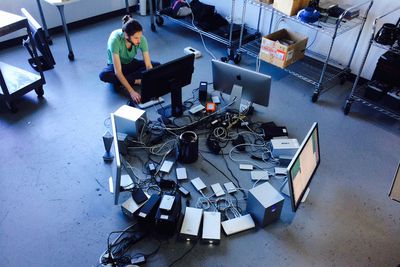 Macworld named the test the "Mac Pro Daisy Chain Challenge" and was able to connect a total of 42 peripheral devices to the Mac Pro.

We connected 36 drives (19 Thunderbolt, 15 USB, 2 FireWire 800) with a combined capacity of 100.63TB. In addition to the drives, we also connected two Thunderbolt docks (the Belkin Thunderbolt Express Dock and the CalDigit Thunderbolt Station, an Apple Thunderbolt Display, two Apple Cinema Displays, and one HP Z Display Z27. All this to a single Mac Pro.

Only a dozen of the drives were being powered from the cables connecting them to the Mac Pro. The 24 remaining drives required external power and had to be plugged into three power strips with an attached Watts Up power meter. The combine power draw when Macworld ran a script that copied data from the Mac Pro's internal flash storage to the drives was 865 Watts.

Through Mac OS X's Activity Monitor, the lab found that there was a combined throughput of 3 Gbps. The rate slowed as the fastest drives, of which OWC's Mercury Helios was the fastest, finished transferring data.

The full list of devices connected to the Mac Pro, along with more information on the challenge and future tests can be found at Macworld.

Typical for the new age.


This is a more realistic picture: 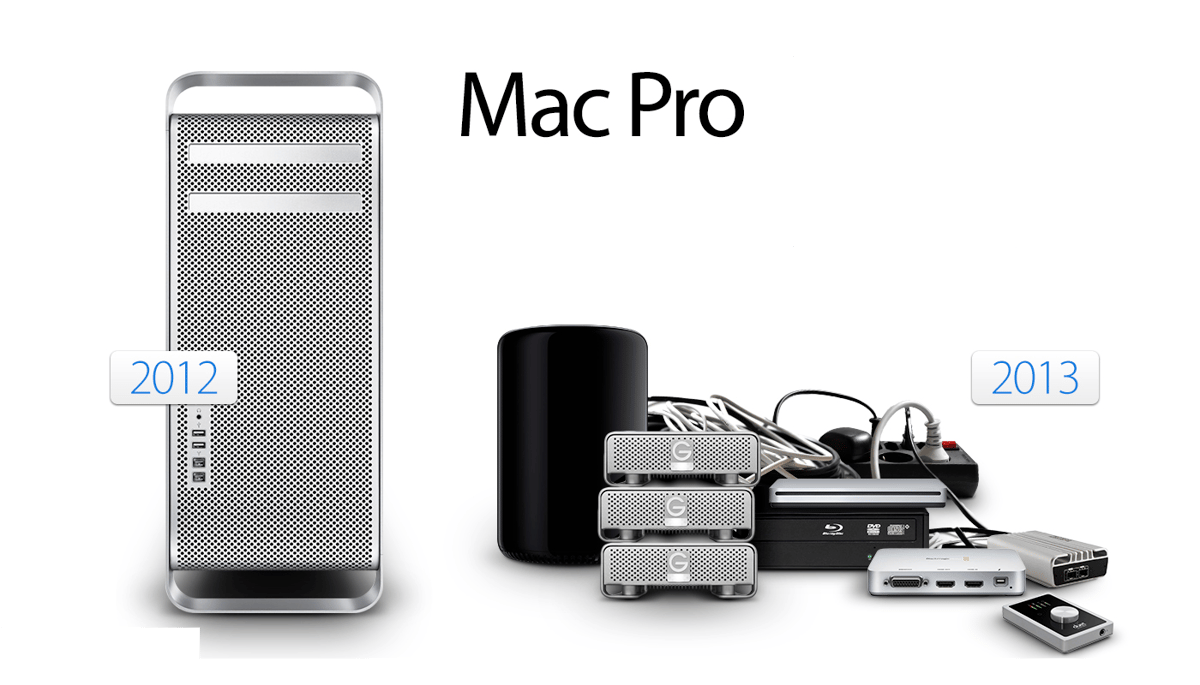 Peace
I am impressed. More by the amount of money that would cost rather than the number of devices connected.
Score: 21 Votes (Like | Disagree)

puckhead193
They spent all there money on peripheral's and forgot to buy a chair and desk... :rolleyes:
Score: 19 Votes (Like | Disagree)