The free-to-play collectible card game is set in the Warcraft universe, allowing players to compete with Magic the Gathering-style decks in one-on-one fights via Battle.net or against the computer. The iPad version of the game will connect to Battle.net accounts, syncing with the PC/Mac version.

JUMP RIGHT IN: Fun introductory missions bring you into the world of Hearthstone's intuitive gameplay.

BUILD YOUR DECK: With hundreds of additional cards to win and craft - your collection grows with you.

HONE YOUR SKILLS: Play in practice matches against computer-controlled heroes of the Warcraft universe. Thrall, Uther, Gul'dan - they're all here!

COLLECTION TRAVELS WITH YOU: Your card collection is linked to your Battle.net account - enabling you to switch your play between tablet and desktop with ease.

AND FIGHT FOR GLORY: When you're ready, step into the Arena and duel other players for the chance to win awesome prizes!

While the game is currently only available to players in New Zealand, Canada, and Australia, as a soft-launch for testing purposes, the game should launch worldwide soon. Blizzard is also planning to release an iPhone app later this year.

the8thark
Edited to fit on the forums. And taken by me after I played my first iPad match. 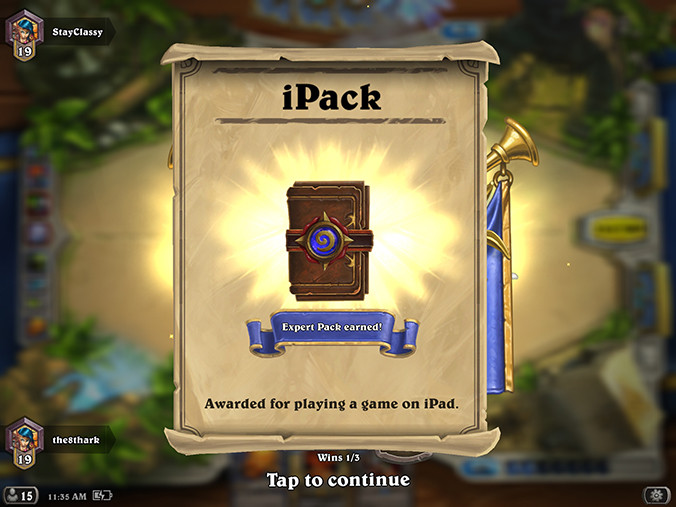