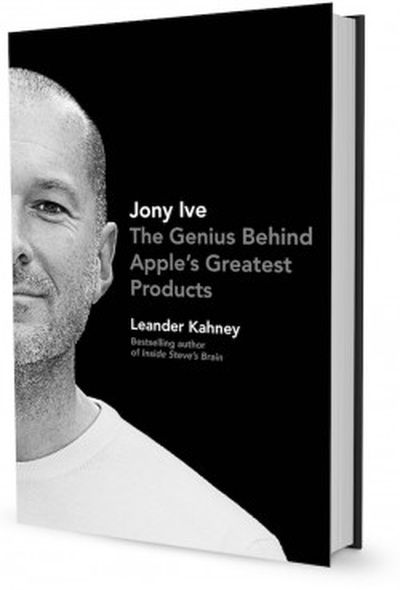 Despite numerous accolades for his role in creating a long line of iconic products at Apple, Jonathan Ive is a famously publicity-shy figure whose most visible contributions to Apple's high-profile product launches typically come in the form of his participation in brief videos highlighting the design of the company's latest devices.

The biography draws on interviews with a number of former classmates, teachers, co-workers, and other acquaintances of Ive, while also making extensive reference to previously-published quotes from Ive and others stretching back over the past several decades. The book begins with coverage of Ive's upbringing and schooling, including an overview of his father's role in making design technology an integral part of the UK school curriculum and discussion of how Jony was already being regarded as an excellent design student by the age of 16 or 17.

From Ive's days studying design at Newcastle Polytechnic on a rare sponsorship from leading London design firm Roberts Weaver Group (RWG) to his time working at RWG after graduation and eventually joining with friends at the young design firm Tangerine Design, the book offers a good background on Ive sprinkled with discussion of some of his projects and quotes from those he worked with.

From there, the book naturally carries on to cover Ive's recruitment to Apple, the evolution of the Industrial Design group, and more well-known topics such as the multitude of groundbreaking products for which his team has been responsible, including the original iMac that kicked off a "string of hits" for the Mac lineup, the iPod, the iPhone, and the iPad.

Near the end, Kahney's biography touches on the corporate shakeup at Apple late last year that saw iOS chief Scott Forstall ousted and Ive given responsibility for the Human Interface aspects of software to go along with his hardware design role.

Overall, Kahney's book does a solid job of pulling together various tidbits of information, anecdotes, and quotes from Ive himself to highlight Ive's life, career and outlook on design. In the absence of cooperation from Ive and Apple, the book provides the best look yet at a designer whose work is seen and used by millions of people around the world.

Jony Ive: The Genius Behind Apple's Greatest Products is available now through a variety of outlets including Amazon and Apple's iBooks Store.

This book should be designed the way this genius would have designed it:


* Remove his picture and have just a traced bald head icon...no color fill for the icon.
* Use only flat pastels on the cover. Preferably no more than two. Keep it simple.
* Make the book completely round and hide all of the complexity as to where to open the book (inspired by his round iMac mouse. Genius!)
* Use a hidden release mechanism to open the book, so that it doesn't fly open when carried across a room. This should require plying discrete pressure on the center of the book, to open it, but not on the sides, where it could happen accidentally
* Cover the book in a thin sheet of glass, front and back. It should shine.
* Like the slippery iPhone 5c, embrace this touch aesthetic. The book should feel like a polished bar of soap. Can also double as a huge hockey puck, without requiring a frictionless surface.
* Use an advanced polymer on each page to create a glass-like gloss. Each page can also double as a beautiful mirror-like surface, capturing light with requiring much.
* Like most physical objects, pages are too skeuomorphic. They look too much like pages and have annoying affordances such as turning them. The book should have a revolutionary design that makes the printed page un-pagelike, and turning them should be a modern gesture: wave your hand over the book right to left, and the pages slides into place using just the air current generated by the gesture itself.
* Use Helvetica Neue only, esp inside the book. If people don't squint to see the super thin fonts, you're doing something wrong.


This would be a book worthy of the great Sir Jony!
Score: 42 Votes (Like | Disagree)

AngerDanger
I'm waiting until they release a matte version; the glare off the cover is too distracting.
Score: 29 Votes (Like | Disagree)

attila
Fixed it for you, guys! 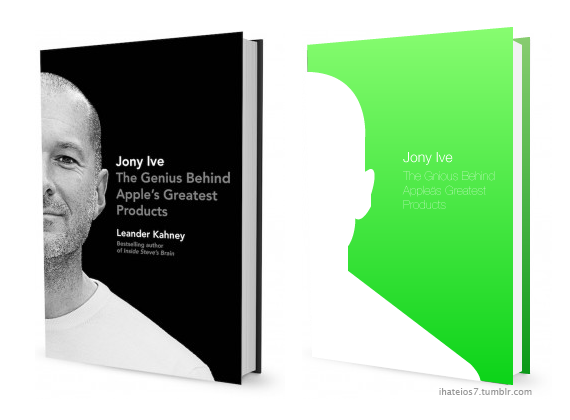 Hey guys, this ad for the book mistakenly got published on the front page ;)


Call it an ad if you want, but I liked the book and I think a lot of people will be interested in it. :)
Score: 16 Votes (Like | Disagree)

Sky Blue
Hey guys, this ad for the book mistakenly got published on the front page ;)
Score: 16 Votes (Like | Disagree)

Hey guys, this ad for the book mistakenly got published on the front page ;)

Yeah, we only want to read stories that advertise iPhones and Macs and iPads and software. And maybe sometimes a television media-streaming device.

But a book? You monsters!
Score: 15 Votes (Like | Disagree)
Read All Comments