Tuesday November 12, 2013 5:37 pm PST by Juli Clover
Black Friday, a major shopping day in the United States, is still more than two weeks away, but several retailers have already begun advertising upcoming deals. As is typical, Target, Walmart, and Best Buy will all be offering discounts on popular Apple products like iPhones, iPads and MacBook Pros.

We've gathered up a list of current deals, but expect other retailers, like Apple, to also publicize upcoming deals over the course of the next two weeks. 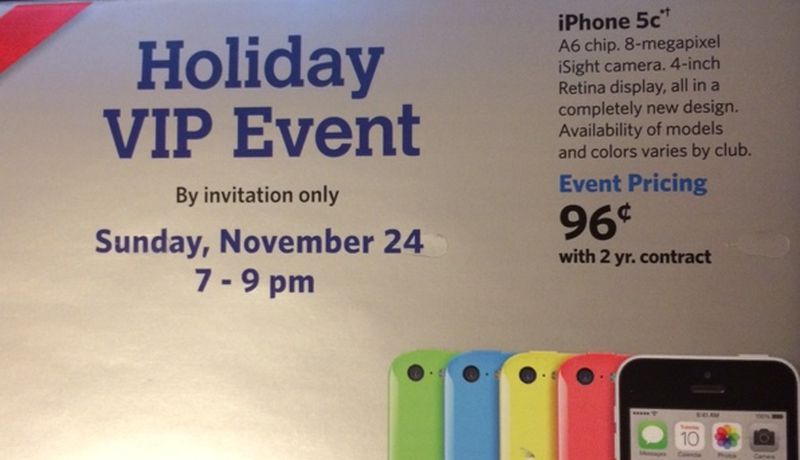 Black Friday will kick off on Friday, November 29, the day after Thanksgiving. Many retailers open their doors beginning at midnight and some stores will be opening even earlier this year.

senseless
That awesome $100 iPad Air gift card offer from Target is for the Doorbuster special. No rain checks, quantities limited. I read that as "good luck getting one".
Rating: 4 Votes

The target gift card of $75 with the purchase of any iPad mini, seems kinda vague and not specific to model. Might get away with that.


"Any iPad mini" refers to any configuration of the old model. If Target truly meant "any" iPad mini, they would've specified the retina version in the box below BUT THERE IS NOTHING. AND seeing how the iPad mini retina wasn't released NOR had a release date during the time these ads were created and printed, I can guarantee you there will be no sales on the iPad mini retina. In fact, they probably won't even be in stock during Thanksgiving.

Santabean2000
You folk in the States are spoilt. No such deals in most places...:( *cries to himself*:D
Rating: 3 Votes

I've got you all beat.

The iPhone 5C is on sale at this event for 96 cents.
Rating: 2 Votes

You folk in the States are spoilt. No such deals in most places...:( *cries to himself*:D

You don't grasp how horrible the conditions are for these deals. It's bad enough methinks I'll pay the extra $100 just to not stand in line at midnight with a thousand other combative ...shoppers... just to find out they sold out of the iPad rMini some four people ahead of me.
Rating: 1 Votes

Anyone know if you can renew a 2yr subscription to get the deal for the 5s at walmart, or is it only for new contracts?


Who's your carrier? Are you paying month to month? (Are you done with your 2-years?)

bummer the $200 off retina is only for the 4gb model. Wish it was for the 15" and higher end 13s. that iPad air deal at target though is really tempting. Idk what i'd spend the gift card on though lol


I know, right? At least with a Best Buy gift card, you know the chances are very good that you can find something cool to spend it on.

Any good 3d hdtv deals out there?


Gotta be honest. 3D has become just another feature. Like Smart. It's not the big thing anymore. HDTV manufacturers have moved on to 4K (UHD) and OLED.

But, I don't say that to suggest that you won't find great deals on 3D TVs, but it won't be the "3D" that they're trying to sell in the process.
Rating: 1 Votes

Then again, only in the United States will a sale known as "Black Friday" become notorious enough to gain such a name...


It's called that because traditionally it was considered the weekend where stores would move from being "in the red" (not profitable) to being "in the black" (profitable). Nothing more nefarious than that.
Rating: 1 Votes

Save your coin folks, there will be huge refurb deals week after Xmas when many of these get returned, especially the iPad Air, when the iPadAir2 is announced for release in March.


March? I thought it was February!