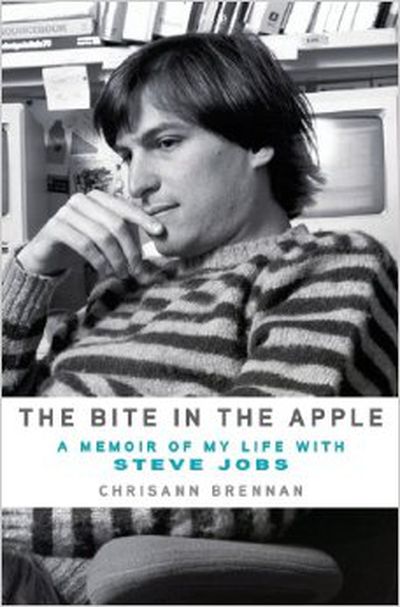 Chrisann Brennan was Steve Jobs' girlfriend during the early formative years of Apple computer, living with both Jobs and early Apple employee Kottke as the company was founded. By her own account, she worked in the shipping department at Apple, soldering disconnected chips into boards and assembling Apple II cases.

Brennan, who is also the mother of Jobs' child Lisa, has written a new memoir about her early experiences with Steve Jobs, called "The Bite in the Apple: A Memoir of My Life with Steve Jobs." While the book will not be released until the end of October, The New York Post has an excerpt that details many personal moments in the relationship between Jobs and Brennan, including Jobs’ volatile personality, their living arrangements, and his drug use and spirituality.

Living with Steve in Cupertino was not as I had expected it to be. We shared nice dinners and some beautiful evenings, but we could barely sustain a sense of emotional intimacy, much less build on it.

It was like a game of Snakes and Ladders, with Steve as the game master. The ups were hopeful and the downs were extreme. I didn’t know how to hold my own with him because he didn’t play fair. He just played to win — and win at any cost.

Brennan details how their relationship slowly deteriorated as Jobs became further involved in Apple, and less concerned with the mundane details of life.

Doing the dishes ourselves was simply no longer an option for Steve. He had entered into an elite world where others took care of the lower-level functions so that he could operate with more efficiency, on his presumably higher plane.

Steve was uncontrollably critical. His reactions had a Tourette’s quality — as if he couldn’t stop himself.

Of course, it must have been sort of wild to have your genius recognized at the age of twenty-two, to be thrust into such a role of authority.

Brennan and Jobs split in 1977, prior to the birth of his daughter Lisa. Though he denied paternity for several years, Jobs later accepted Lisa Brennan and went on to form a relationship with her. Chrisann Brennan’s memoir will go on sale on October 29 and can be pre-ordered from Amazon.

This had to have been prior to '77 ( when they broke up - was apple that successful then?

It doesn't take much to not want to do the dishes. :p
Score: 19 Votes (Like | Disagree)

Baytriple
From what I have seen from the Jobs movie. Steve was complete low life scum for kicking out his pregnant and letting his child's mother live on Welfare for 2 years whilst Jobs says he refuses to take responsibility the child and claims he is sterile.

This in my books is a very bad thing to do and like the guy a whole lot less in knowing this.

Somebody please educate me if this is not the truth.
Score: 17 Votes (Like | Disagree)

kas23
Even though this person is likely just trying to cash-in on the Steve Jobs brand, I'm sure there are many stories in here that will do something Isaacson's book didn't really do; tell us who the real Steve Jobs was.
Score: 15 Votes (Like | Disagree)

I would if I were her and I'd been treat the way she had.
Score: 9 Votes (Like | Disagree)

YahonMaizosz
Ironic how it is available first on Amazon's Book Store and not Apple's..
Score: 9 Votes (Like | Disagree)
Read All Comments

Sunday June 26, 2022 2:52 pm PDT by Joe Rossignol
Following the launch of Apple's new 13-inch MacBook Pro with the M2 chip, it has been discovered that the $1,299 base model with 256GB of storage has significantly slower SSD read/write speeds compared to the equivalent previous-generation model. YouTube channels such as Max Tech and Created Tech tested the 256GB model with Blackmagic's Disk Speed Test app and found that the SSD's read and...
Read Full Article • 373 comments