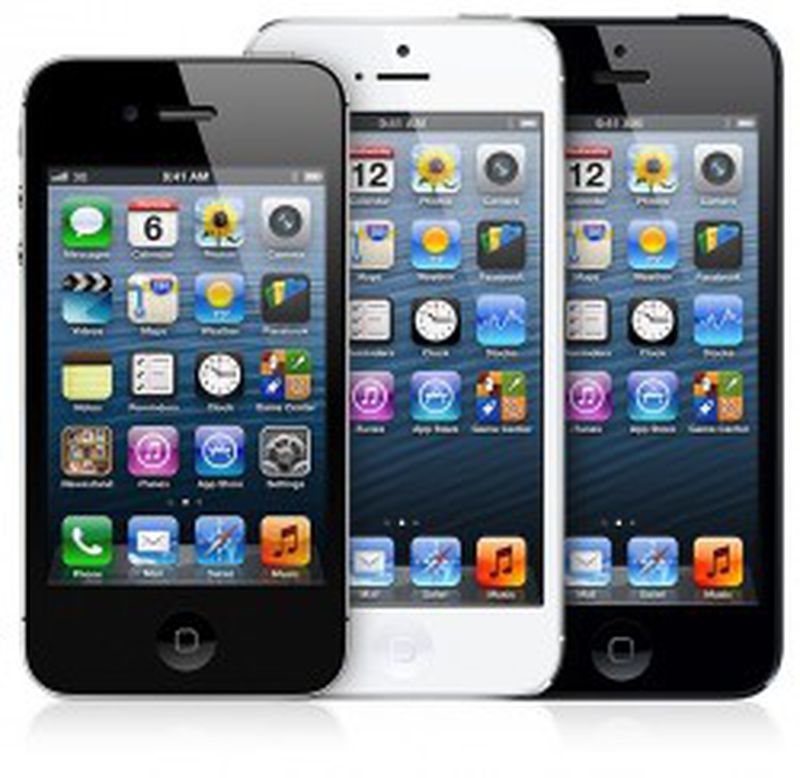 Back in June, it was reported that Apple was getting ready to launch an iPhone trade-in program at its U.S. retail stores, partnering with recycling firm Brightstar to give customers instant credit for their old iPhones to drive upgrades to newer models. According to the report from Bloomberg, the old iPhones would be refurbished and sold in emerging markets, lowering the cost of entry in those countries while preventing cannibalization of new device sales in Apple's established markets.

There has been little in the way of update on Apple's plans for the program since June, but MacRumors has now received word from several sources reporting that Apple is indeed beginning to prepare its store employees for the program. Apple has reportedly sent materials to its stores to support the initiative, while the first line of store trainers will be receiving instruction about the program today. Those trainers will then begin training other store employees next week ahead of a program launch.

We have yet to hear exactly when Apple plans to officially open the program, but it seems set to arrive just as the company unveils its next generation of iPhone hardware at a media event on September 10. The new lineup is expected to include both an iPhone 5S successor to the current iPhone 5 as well as a new iPhone 5C that is said to be essentially an iPhone 5 repackaged into a plastic shell available in a variety of bright colors.

Update: TechCrunch has some additional info about how the program works, including the fact that it is already live at a number of pilot Apple Stores in the U.S.:

A customer brings a working, non-liquid-damaged iPhone into an Apple Retail Store. It’s then evaluated by an employee with the help of an online site that a customer can access using the store’s iMacs or iPads. The customer then answers a series of questions about the condition of the device in order to determine a value.

That value can be used in credit for a new device but only if the customer has an upgrade credit available. So there is a carrier check involved. If a user does not have an upgrade credit, they could presumably pay the early termination fee of their carrier and use the credit towards a new device on another carrier.

The value of the trade-in varies depending on physical condition, capacity, and color. TechCrunch claims 16GB iPhone 4 and 4S models range in value from $120-200.

Update 2: MacRumors has now heard that the program is scheduled to launch on August 30.

aprofetto8
I hope it's not going to be like University book stores.

boshii
It will be pretty convenient to trade in your old iPhone and buy your new one in the same place.
Rating: 10 Votes

anyone who thinks they will be offering reasonable return prices is just naive. This is a marketing ploy to get you into the store and buy a new one, then they repackage and resell your traded in one at a profit to 2nd world countries.


A profit? Omigosh! And to a developing country where they shouldn't be allowed to have interweb? The sky is falling!
Rating: 9 Votes

basesloaded190
If they match Gazelle, I would much rather just trade it in at the Apple Store versus sending it in and going through all that.
Rating: 9 Votes

It's convenient but a lot less than what you can sell it for on craigslist. As long as you use common sense, craigslist can is relatively safe. People get in trouble when they agree to meet at someone's apartment, meet outside where one party can run away, or agree to ship the device.


anyone who thinks they will be offering reasonable return prices is just naive. This is a marketing ploy to get you into the store and buy a new one, then they repackage and resell your traded in one at a profit to 2nd world countries.


That's just silly. No one is going to go into an Apple store to sell an iPhone for they don't know how much, when they have no plans to buy an iPhone. The reverse will happen: Someone wants an iPhone and is informed inside the store that Apple will buy their old one. They can make a decision whether that option is worth while to them.

But "reasonable" is in the eye of the seller. I can get cheaper prices on gas by driving 20 minutes away. But how much I need to save in order to use 20 minutes of my life is entirely subjective and up to the individual and what their time is worth.

munakib
I will definitely be handing over my 4S to pickup either an AWS iPhone 5/5S. I hope the apple store in Canada are also getting the training or else I will have to find an excuse to travel to NY again.
Rating: 4 Votes

Now that Apple has figured out a way to do it themselves, the carriers are scrambling with their programs to keep their pockets lined, hence the weird launches of AT&T's Next and Verizon's upgrade programs.

No, t-mobile caused that.
Rating: 3 Votes

jmh600cbr
anyone who thinks they will be offering reasonable return prices is just naive. This is a marketing ploy to get you into the store and buy a new one, then they repackage and resell your traded in one at a profit to 2nd world countries.
Rating: 3 Votes

sransari
I doubt they'll give you nearly as much money as you could get if you sold your phone on eBay, or to Gazelle, but the convenience of dropping off an old phone to pick up a new one without posting an ad or shipping is probably worth at least a few bux in my book.
Rating: 2 Votes