An official website promoting the upcoming Steve Jobs movie starring Ashton Kutcher launched earlier this week, featuring a number of short video clips and reviews. Open Road Films has also released a new featurette today, which offers commentary on the filming of “JOBS” along with new clips from the movie.


As part of a social media blitz, Ashton Kutcher has explained why he took the role, shared his thoughts on Jobs, and outlined the work that he put into becoming Steve Jobs multiple times, sharing information in an answer on Quora, a lengthy interview with The Verge, and at a special screening of the movie in San Francisco. 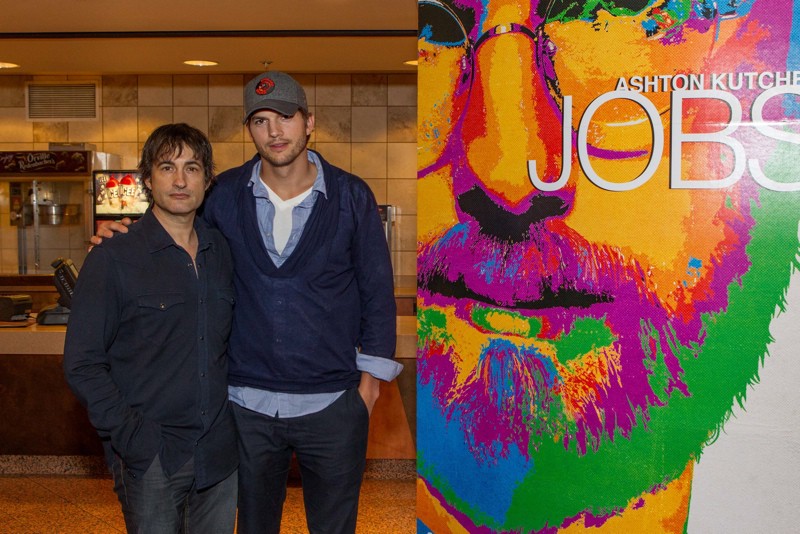 Both Ashton Kutcher and Josh Gad, who plays Steve Wozniak in the movie, will participate in a live YouTube event on Friday, beginning at 11am PST, to share more information on the upcoming film.

JOBS is set to hit theaters next month, on August 16.

TheRainKing
Nothing will top Pirates of Silicon Valley. :)
Score: 11 Votes (Like | Disagree)

lewdvig
All I see is Kelso trying to act serious.

A Straight to DVD film if I ever saw one (and no one watches dvd any more :D).

Kutcher? What the hell was anyone thinking. Major douche.


Then he should play the perfect part.
Score: 5 Votes (Like | Disagree)

natd1993
I wonder how Steve would receive this movie. Seems awfully melodramatic and Hollywoodized to me. Not to mention that interesting soundtrack...

Thursday May 28, 2020 8:13 am PDT by Eric Slivka
With the release of macOS Catalina 10.15.5 and related security updates for macOS Mojave and High Sierra earlier this week, Apple is making it more difficult for users to ignore available software updates and remain on their current operating system versions. Included in the release notes for macOS Catalina 10.15.5 is the following:- Major new releases of macOS are no longer hidden when...
Read Full Article • 300 comments