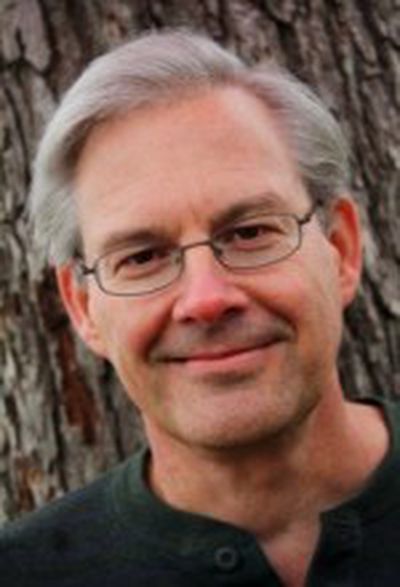 The Wall Street Journal reports that former AMD chip designer and executive Jim Mergard has now moved to Apple after a brief stint at Samsung, marking a significant talent win for Apple in its efforts to build its own chips.

The gadget maker has hired Jim Mergard, a 16-year veteran of Advanced Micro Devices who was a vice president and chief engineer there before he left for Samsung. He is known for playing a leading role in the development of a high-profile AMD chip that carried the code name Brazos and was designed for low-end portable computers. [...]

It is not clear whether Mergard will work at Apple’s Cupertino, Calif., headquarters or remain in Austin, where he worked for AMD and Samsung. Apple has long operated a customer support center in the Texas capitol, but the company has had a local presence in chip design as well since its 2010 purchase of the startup Intrinsity.

The report quotes former AMD executive Patrick Moorhead as saying that Mergard has expertise in both PC chip design and system-on-a-chip design such as that used for Apple's iOS devices. The company uses ARM-based designs for its A-series chips that power its iOS devices, and the new A6 chip found in the iPhone 5 appears to be Apple's first custom design.

Apple and Samsung of course have a complicated relationship, with the two rivals competing fiercely in the marketplace and the courtroom even as Samsung is one of Apple's primary suppliers. Apple's ARM-based chips are key components that are currently manufactured by Samsung.

AngerDanger
This is like when the bad guy in a superhero movie has the good guy trapped and says something like, "You know, you and I, we're not so different ". :cool:

ccmovies
The question is, what kind of chip will he make? Potato?
Score: 33 Votes (Like | Disagree)

So will this stop the Samsung hate?

So shut up already - Samsung rocks


This guy spent most of his career at AMD and was only briefly with Samsung. The statement about the "brains of the iPhone" is hardly accurate. No doubt Samsung makes cool tech, but their ethics and practices and advertising are extremely questionable. They have been involved in more scandals (including bribery of government officials) than any of the big tech companies. I had my heart set on buying a Samsung TV because their displays are awesome. But when it came down to it, I could not bring myself to pull the trigger on the purchase after the terrible taste left in my mouth by Samsung's business practices surfaced in the Apple v Samsung trial. Samsung's anti-iPhone-user advertising does not help them in my book either since it seeks to insult me.

That whole Samsung/Apple trial showed a side of Samsung that made me think twice about supporting a company like that with my hard-earned money. Since that day at Costco & Best Buy where I struggled to spend money on a Samsung TV, I have been looking to see if Sharp or LG offer an LED TV comparable to Samsung's, but mostly I am waiting to see if Apple announces something in this area by the Spring 2013 timeframe.

Hope this has more to do with Apple becoming self sufficient and not relying on Samsung for it's mobile processors more than it has to do with Apple getting away from using INTEL processors. I'm sure there would be many benefits to having an chip specifically designed for your needs but I think it would be a mistake to get away from INTEL. It would make switching to Apple a bigger risk for new customers not having the option to run windows natively.


I don't think Apple will move off Intel until Windows becomes less relevant. Windows 8 may really push Windows down the slippery slope of fading relevancy. Not because the technology is horrible (much of it is awesome), but the execution by Microsoft is ridiculously bad. If Windows 8 succeeds it will be in spite of Microsoft making some really lame-brain decisions. I am guessing Windows 8 will alienate most Windows users who typically upgrade because of familiarity. What Microsoft should have done:

1) Release "Windows 8" as a tablet operating system that defaulted to the Metro start screen with absolutely NO DESKTOP crutch. They should have made Office fully metro and they should have made the Metro version of IE10 support Flash & tabs, rather than requiring you to use the desktop version to get the full feature set.

2) Release "Windows 8 Pro" for the desktop PC and have it default to the standard Windows-7-like desktop that is familiar to users. However, Microsoft should have offered a "hot corner" that would slide the Metro tiles start screen in so you could run your "Windows 8" tablet apps right on your PC. Then give an option in the setting to make Metro the default start screen for advanced users.

Instead they are doing the worst of both worlds. The desktop and MS Office looks like a mess on the tablet (even with an expert like Ed Bott showing it off) and the Metro start screen is going to confuse the heck out of users who keep using Windows out of familiarity.
Score: 19 Votes (Like | Disagree)

Born Again
So will this stop the Samsung hate?

So shut up already - Samsung rocks
Score: 17 Votes (Like | Disagree)

So will this stop the Samsung hate?

So shut up already - Samsung rocks


The A6 is Apple's own design, Samsung is the fab shop that currently meets Apple's need to produce these designs in volume.
Score: 14 Votes (Like | Disagree)

The question is, what kind of chip will he make? Potato?