Tuesday October 9, 2012 6:58 am PDT by Eric Slivka
Numerous MacRumors readers have reported that their orders for Apple's new fifth-generation iPod touch and seventh-generation iPod nano have shipped, with delivery due for late this week or early next week. The news is in line with last week's reports that orders were being prepared for shipment and claims of an official October 9 launch date.

Stores have also begun stocking the new devices, as evidenced by this photo from Japan posted to WeiPhone.com: 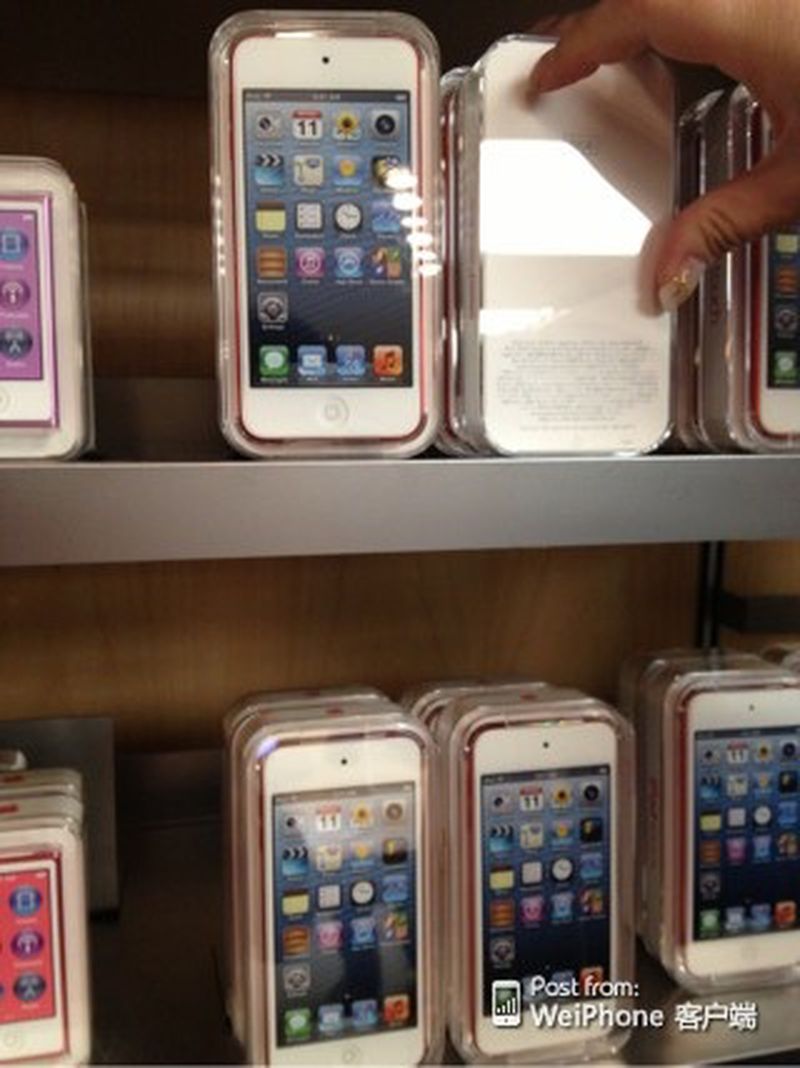 Mac Otakara has already gotten its hands on both the iPod touch and the iPod nano, posting unboxing and comparison photos. The site has also run some system status and benchmarking tools on the new iPod touch, unsurprisingly revealing that the A5-powered device has performance on par with the iPhone 4S. 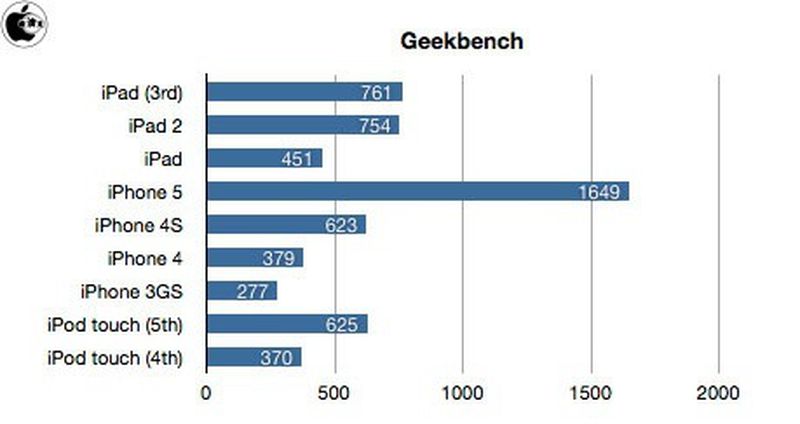 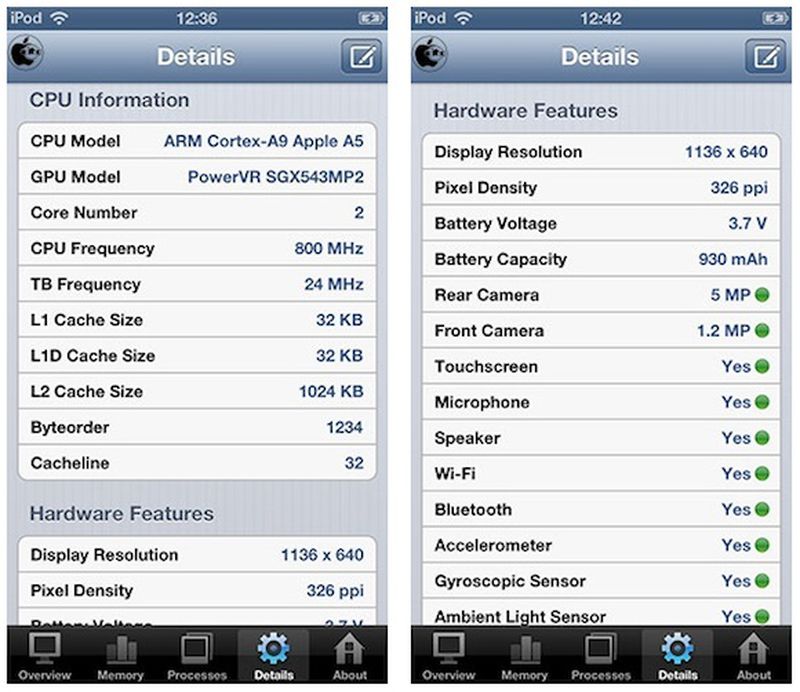 I, too, carry my iPod Touch's packaging around in public, in proof of my maturity and manliness.

Yup, got my shipping notice this morning. Any word on how much RAM they have? Hoping it's not still 256.

First two generations were 128, the next two were 256, I'd imagine this and the next will be 512. But totally a guess. Will be interesting to find out!
Rating: 13 Votes


Do your research before commenting. That's been the same for a while. Sorry others don't base a product off your opinion of the packaging. Also, they're not going to give you special packaging for getting the 64GB model, they just do not care.
Rating: 10 Votes

So the Nexus 7 starts at $100 cheaper, but yet has a far faster quad core CPU, a better GPU, and has double the RAM. Way to go Apple. As usual all they can manage to do is release outdated junk... Also, for all the people who will start saying how a quad CPU is not needed etc, think about a few years down the road...


Doesn't matter. The UI is more efficient. The Apple product DOESN'T NEED THE EXTRA SPECS TO BE FASTER. Google has to bloat the specs to run an inferior, less efficient operating system.
Rating: 8 Votes


Who cares about the packaging...
Rating: 7 Votes


Nothing new with the packaging.... been the same for years now. It's pretty decent packaging, you should actually get your hands on it before judging.
Rating: 6 Votes


this looks like a lot of Apple stuff...iPods included. and it is a toy.
Rating: 6 Votes


I love the packaging... Looks very apple to me!
Rating: 6 Votes

I still don't understand the need for the iPod Touch? I use my iPhone 5 and then my iPod shuffle for the gym.


Many many people don't have an interest in a cell phone, nor do they need the constant connectivity. It is often used in the same ways as an iPad Wifi, but it is pocketable and more portable.