Parallels announced the availability of Parallels 8 upgrades for the Mac for existing Parallels Desktop customers. Parallels 8 is the latest version of their virtualization software that allows Mac users to run other operating systems, such as Windows, alongside OS X.

“People don’t need to make an either/or choice between Mac and Windows because Macs running Parallels Desktop 8 empower people to simultaneously use applications that best suit their needs – regardless of whether it’s an app for OS X, Windows, Google Chrome OS, Ubuntu, or even Android,” said Parallels CEO Birger Steen. 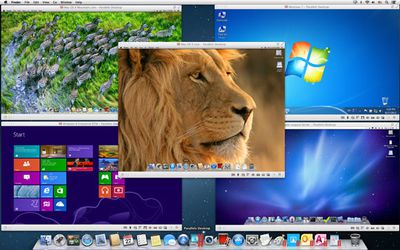 Parallels 8 will be available starting today as an upgrade for existing Parallels Desktop users. (Parallels' website not showing version 8 at time of publication) Upgrades are priced at $49.99.

The full version will become available for $79.99 both online and in retail stores starting on September 4th. C ustomers who purchased Parallels Desktop 7 for Mac on or after July 25, 2012, are eligible for a free upgrade.

(and their education discounts are about as useful as a chocolate teapot)
Score: 11 Votes (Like | Disagree)


that would've been perfect if the price was 8 bucks! :p
Score: 7 Votes (Like | Disagree)

What a nice timing and rare opportunity.

Such a harmony :)
Three different companies, two of them are not friends.

This is gr8!
Score: 7 Votes (Like | Disagree)
Read All Comments

Saturday February 4, 2023 1:30 am PST by Hartley Charlton
Google's Chromium developers are working on an experimental web browser for iOS that would break Apple's browser engine restrictions, The Register reports. The experimental browser, which is being actively pursued by developers, uses Google's Blink engine. Yet if Google attempted to release it on the App Store, it would not pass Apple's App Review process. Apple's App Store rules dictate...
Read Full Article • 186 comments