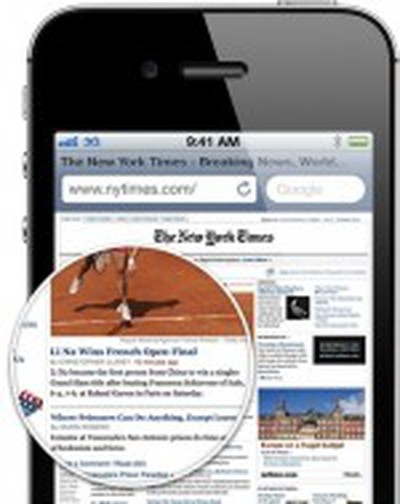 Topeka Capital Markets analyst Brian White today issued a new research note highlighting a steep drop in sales at Wintek, Apple's long-time supply chain partner involved in production of display touch panels for iOS devices. According to the report, Wintek has experienced one of its steepest declines in shipments on record, but rather than suggesting that the decline is due to overall weakness in Apple products, White believes that it is evidence of Apple moving to in-cell touch sensing technology in its next-generation products.

This morning, Wintek reported consolidated June sales of NT$5.22 billion, down 33.6% MoM and much worse than the average MoM June sales increase of 1% over the past seven years. Based on our records, this appears to be the biggest MoM sales drop for Wintek since the later part of 2008 and one of the most significant drops we have on record (back to 2005). We would not overreact to the weakness at Wintek as it relates to Apple because we believe Wintek may be losing market share in key next generation Apple products and therefore ramping down certain programs.

White notes that Wintek was previously estimated as generating over 50% of total sales from Apple, but that its role in Apple's supply chain is slipping amid the transition to new technologies.

Rumors of a shift to in-cell technology, which would allow for thinner displays, surfaced in April with indications that it would benefit larger display manufacturers like Sony, Sharp, and Toshiba. Smaller players like Wintek that have specialized in the current on-cell touch panel implementations would likely see their roles reduced, and White believes that that impact is already being felt at Wintek.

KGI Securities analyst Ming-Chi Kuo issued a report in late April estimating that a shift from on-cell technology to in-cell technology could allow Apple to shave up to 0.5 mm from the thickness of the next-generation iPhone. Altogether, Kuo expects that Apple will seek to embrace thinner displays, thinner back cases made of metal instead of glass, and thinner batteries made possible by spreading out within a larger form factor as a way reduce the thickness of the iPhone by nearly 1.5 mm.


The closer you can get the screen to the surface of the glass the better it looks and feels when interacting with it. You feel like you are actually touching the screen. There were simliar improvements from the iPhone 3GS to 4, and recently the MBP Retina.
Score: 11 Votes (Like | Disagree)

A 0.5mm thinner part doesn't necessarily mean that the iPhone will be 0.5mm thinner because of it. That could be 0.5mm of extra battery thickness.
Score: 9 Votes (Like | Disagree)

I agree. And the thought of a total change in the composition of the product (glass to metal, etc.) to achieve 1.5mm is somewhat disturbing to me.

Don't want to be alarmist, but one of the overarching themes at Apple during the current renessaince has been that Ives rules first, and the engineers had to adapt the technology to fit his style. Going from glass to metal seems like a nod to engineering over style, IMO.


Maybe we should reserve judgement on that until we actually SEE the next iPhone, which by the way, Steve Jobs himself worked on up until almost the day he died.

I dont see how a slump in sales now is a a result of a possible future adoption of a diferent technology ?


It's because Apple orders these parts long before they are assembled then sold.
Score: 8 Votes (Like | Disagree)

macse30
Cool, now I can gain 0.5mm in waist size and nobody will notice.
Score: 8 Votes (Like | Disagree)


A bit of reduction in several areas adds up. That can mean a thinner device or more room for a larger battery. The latter sounds best to me, but I'll take either.
Score: 6 Votes (Like | Disagree)
Read All Comments