Last week, Network World shared a long-lost internal Apple video from 1984 featuring a brief cameo by Steve Jobs in the role of President Franklin D. Roosevelt. Given the early 1980s production value and Apple's alternate universe take on its battle with IBM, the video naturally sparked an array of reactions from around the Apple community,

But now another internal Apple video from the same timeframe is gaining some renewed attention for its inclusion of Jobs in another cameo appearance. The video, entitled "Blue Busters", is a spoof of the movie "Ghostbuster" using a reworked version of the film's theme song. And while edited clips of the video including an appearance by Steve Wozniak have been floating around for some time, Network World earlier this week posted an uncut version of the video which includes Jobs' brief appearances.

Apple's "1944" and "Blue Busters" videos demonstrate the company's commitment to taking on IBM in the corporate world, an effort that saw Apple making forays into printers and other peripherals in an attempt to gain a foothold with businesses. But between expensive machines and a lack of software, Apple experienced only limited success despite some devoted fans of its innovations.

freelancing
My life is now complete.
Score: 13 Votes (Like | Disagree)

Small White Car
Speaking as someone who works in this part of the video-production industry: You all have no idea.

Thanks to the internet there are now many of these things leaking out, but there are still a ton that stay hidden. I'm betting every CEO in America has something more awkward than this hidden away somewhere. I was responsible for a couple of them!
Score: 11 Votes (Like | Disagree)

ew. No they were not.

ew. No they were not. 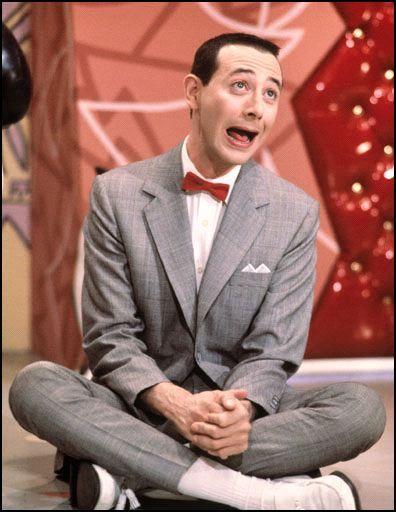 ciociosan
Well, that went on for a while.
Score: 9 Votes (Like | Disagree)
Read All Comments

Friday February 26, 2021 3:35 am PST by Tim Hardwick
Microsoft co-founder Bill Gates this week participated in his first meeting on Clubhouse, the increasingly popular invite-only conversation app, where he fielded a range of questions as part of an ongoing book tour. Gates was interviewed by journalist Andrew Ross Sorkin, and given that the Clubhouse app is currently only available on iOS, naturally one of the questions that came up was...
Read Full Article • 284 comments

Saturday February 27, 2021 6:00 am PST by MacRumors Staff
March is right around the corner, and that means our first good opportunity for Apple product launches in 2021 as the company frequently has significant launches in March or April each year. We're hearing rumors about MacBook Pro, iMac, AirPods, and more, although many of these will be coming out at different times over the course of the year. This week also saw a macOS update to address a ...
Read Full Article • 29 comments

Saturday February 27, 2021 7:05 am PST by Juli Clover
HomeKit was slow to take off after its 2014 launch, but now that it's been around for seven years, there are hundreds of HomeKit products available, ranging from doorbells and speakers to TVs, lights, and cameras. In our latest YouTube video, we rounded up some of our favorite HomeKit products that we find most useful. Subscribe to the MacRumors YouTube channel for more videos. HomePod...
Read Full Article • 98 comments

Friday February 26, 2021 3:57 pm PST by Juli Clover
Apple today sent out emails to developers who are in possession of a Developer Transition Kit, asking them to return the machines by March 31. The Developer Transition Kits are Mac minis with A12Z chips that Apple provided for development purposes ahead of the release of the M1 Macs. Apple in the emails provided developers with shipping instructions, and plans to begin collecting the DTKs...
Read Full Article • 162 comments

Tuesday February 23, 2021 7:07 am PST by Hartley Charlton
Over the past week, some M1 Mac users have been reporting alarming SSD health readings, suggesting that these devices are writing extraordinary amounts of data to their drives (via iMore). Across Twitter and the MacRumors forums, users are reporting that M1 Macs are experiencing extremely high drive writes over a short space of time. In what appear to be the most severe cases, M1 Macs are sai...
Read Full Article • 693 comments