One-Third of U.S. High School Students Now Own an iPhone

Piper Jaffray analyst Gene Munster today issued a report on his firm's latest semi-annual survey of U.S. teenagers, the 23rd such survey in the firm's history. The results of the extensive survey of 5,600 U.S. high school students show that 34% of surveyed students now own an iPhone, an all-time high in the survey and double the percentage seen just a year ago. Furthermore, 40% of surveyed students indicated that they intend to purchase an iPhone within the next six months.

Piper Jaffray ascribes the boom in iPhone use among students to new low-cost options from Apple. Apple and AT&T lowered the price of the iPhone 3GS to $49 back in January 2011, dropping it to free on-contract with the introduction of the iPhone 4S late last year. These low handset prices are attractive to high school students who may not have significant upfront cash to spend on the latest iPhone models.

In our most recent survey the percentage of teens that own an iPhone came in at 34%, up from 23% in the Fall and 17% last Spring. We believe the meaningful uptick in iPhone ownership among teens may be driven by the cheaper $49 iPhone 3GS (in some cases free). Interest in purchasing an iPhone in the next 6 months rose to 40% (another all-time high vs. our previous surveys). Purchase intent was at 38% in our last survey in the Fall.

The 40% purchase intent rate for the next six months is the same among current iPhone owners and those who do not yet own an iPhone.

On the tablet front, an identical 34% of students report owning some sort of tablet device, with 70% of those indicating that they have an iPad. 53% of those iPad owners also own an iPhone. Notably, the iPad's momentum may even be increasing, with 19% of students indicating that they plan to purchase a tablet within the next six months and 80% of them planning to purchase an iPad.

In our Spring 2012 survey, 34% of students owned a tablet computer (same percentage as iPhones), up from 29% in Fall 2011 and 22% last Spring. Of those tablet owners, 70% owned iPads, 19% owned Android tablets, and 11% owned Kindle Fires. 53% of iPad owners also owned an iPhone, demonstrating the halo effect of entry devices like the iPhone.

As with the lower iPhone pricing, Piper Jaffray believes that the new $399 entry price for the iPad 2 is a significant draw for the student market, with a rumored smaller iPad device at an even lower price point leaving open the possibility of even greater attraction.

How is that a monopoly? I am confused. The iPhone only counts for three out of hundreds of smartphones on the market. You can easily choose to get an Android phone, WP7, BlackBerry, etc. Just because it's popular doesn't mean it's a monopoly.
Score: 27 Votes (Like | Disagree)


A. When did 34% become a monopoly?
B. If people love a product they're going to buy it. Nobody is holding a gun to anybody's head in this case.
Score: 26 Votes (Like | Disagree) 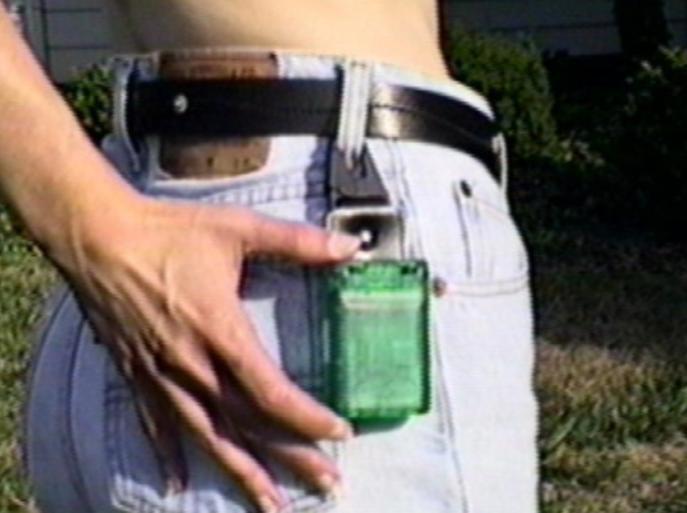 ppc_michael
Wow. In 11th grade I got my first cell phone, a StarTAC only to be used for emergencies, and I thought I was some pretty hot stuff.
Score: 21 Votes (Like | Disagree)

Xavier
These kids are lucky. I didn't get a cell phone until the latter part of my senior year of high school. The cool part about it was it did have the game 'snake' on it! Classic nokia.
Score: 20 Votes (Like | Disagree)


Do you even read what you write before you post it? Looked up the meaning of the word monopoly lately?
Score: 16 Votes (Like | Disagree)
Read All Comments

Tuesday March 2, 2021 5:20 pm PST by Joe Rossignol
Installing the upcoming macOS 11.3 software update on an M1 Mac may result in Rosetta 2 being removed in one or more regions around the world. In the third beta of macOS 11.3 seeded to developers for testing today, MacRumors contributor Steve Moser uncovered new strings in the beta's code indicating that "Rosetta will be removed upon installing this update." Another new string reads "Rosetta ...
Read Full Article • 348 comments

Tuesday March 2, 2021 3:21 am PST by Sami Fathi
NASA's Perseverance rover, which recently made history landing on the surface of Mars, is powered by the same processor used in an iMac more than 23 years old. Image Credit: NASA As reported by NewScientist (via Gizmodo), the rover includes the PowerPC 750 processor, the same chip used in the G3 iMac in 1998. The main chipset is the same; however, there are differences between the...
Read Full Article • 191 comments