Apple Co-Founder Ron Wayne on "Why I Left Apple" 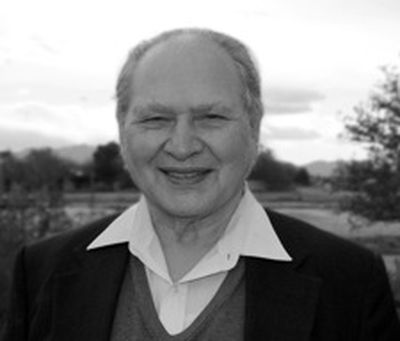 Ron Wayne, Apple, Inc.'s sometimes forgotten third co-founder, has posted a short essay entitled "Why I Left Apple Computer After Only 12 Days, In My Own Words". The piece notes that though he sold his share of Apple for pennies on the dollar, he has no regrets. Instead, he was looking to change the world in his own way.

I didn’t separate myself from Apple because of any lack of enthusiasm for the concept of computer products. Aside from any immediate apprehension in regard to financial risks, I left because I didn’t feel that this new enterprise would be the working environment that I saw for myself, essentially for the rest of my days. I had every belief would be successful but I didn’t know when, what I’d have to give up or sacrifice to get there, or how long it would take to achieve that success.

To counter much that has been written in the press about me as of late, I didn't lose out on billions of dollars. That's a long stretch between 1976 and 2012. Apple went through a lot of hard times and many thought Apple would simply go out of business at various times in its maturity. I perhaps lost tens of millions of dollars. And quite honestly, between just you and me, it was character building.

Rather than follow Jobs and Wozniak in remaking computing, Wayne had made his own attempt at putting a "dent in the universe". He published a book late last year that he says is the result of 40 years of research. Insolence of Office is described as a look at the foundations of the American Republic, the Constitution, and the nature of money.

Wayne notes, with full self-awareness of the arrogance of the statement, "the writing and publication of Insolence is, in itself, enough to justify my existence on this planet."

Wayne published his autobiography entitled Adventures of an Apple Founder: Atari, Apple, Aerospace & Beyond in the fall of 2011. Both the autobiography and Insolence of Office are available on Amazon and the iBookstore.

via The Next Web

scott911
props to this guy.

Seems :apple: wasn't his thing - and he was smart enough to know it.

I can think of a lot of people with small fortunes that sure seemed pretty unhappy. Michael Jackson / Whitney Houston comes to mind for some odd reason.

This isn't like loosing a lottery ticket and kicking yourself for the rest of one's life. This was deciding to spend one's entire life doing something else that'd bring satisfaction.

poor guy is missing out on some major cash!


:confused: Did you read the article? He said he did not regret his decision and that it was character building.

iRCL
So, his own dream that he keeps referring to? Obviously it was a career in television.

poor guy is missing out on some major cash!

In investing, any decision that errs on caution and doesn't expose your principal to risk of catastrophic loss is acceptable. Blind risk is not investing, it's speculation. Things could very easily have gone the other way. I had a few thousand shares of Apple years ago, which would be worth millions of dollars today. Sure, I joke about what a lack of foresight it was... but let me put some perspective on this:

In 1996 I actually wrote a paper, probably one of a few floating out there at the time, discussing the framework for large scale internet distribution of music which was still a few years away. If anyone should have seen the road ahead it was me. I had more information than most people on that subject.

Fast forward to 2000, the market crashes, and I'm forced to liquidate my position in Apple because I was not being a wise investor... I was taking risks. I had to cover other positions. One of the positions I chose to liquidate was Apple, because at the time it didn't seem like it had a future. And this was very likely... All they'd had under their belt (since their rebirth) by then was the iMac.

A few months later iPod came out. It was not an overnight game changer. It still had some way to go before it made a dent... because it took another three years before iTunes Music Store came out and the product ecosystem began to unfold.

Wayne wasn't a rich man to begin with so I can understand his dilemma. But you learn and you move on. I'm much more adept at seeing opportunity now, but my risk aversion is very sharp. I don't throw myself blindly into "the next big thing"... that's a surefire way to expose your principal to potential catastrophic loss.

As a shrewd investor, your job ought to be to seek adequate, not outrageous, returns, and let them compound over time... You'll invariably make bad decisions from time to time. Winning isn't about making the slam dunk again and again. Nobody does that (those who say they do are hiding their losses).

But all you need to really do is know how to insure yourself against catastrophic consequences for the bad decisions you are inevitably going to make from time to time. If you keep moving forward slowly, you'll still beat someone who runs so hard they keep getting the wind knocked out of them every few paces.

That's what rather most people would say if they'd made that big of a bad decision.

Not necessarily. Some people never learn from their mistakes. Persistence is not always a virtue. But I wouldn't characterize Wayne's move as a mistake. Choosing to avoid unforeseeable risk for something more stable at a point in your life when you maybe have a family to think about is not a mistake. A mistake is when you risk half a million dollars blindly on a company you know next to nothing about (sorry boys, technical analysis, i.e. "chartistry", doesn't tell you anything relevant), then you wake up one morning and watch $70,000 vaporize two seconds after the opening bell. Been there, done that.

I'm investing now, not speculating, and generating far better compounded returns than some fool who borrows 4:1 to make 100 trades a year that return him $50,000 (What he miscalculates as a 1000% return when it's actually a 2% return after counting up the total cost basis, not even accounting for risk exposure).

Man, for someone who (rightly) keeps downplaying his part, he sure likes to be noticed.

He was technically part of Apple for a few days as a tiebreaker between Jobs and Woz. Before they did anything.


We know Apple was successful, but had the three of them stayed together anything could have happened. An unhappy founder, between Woz and Jobs staying on for the promise of riches? Sounds like the alternative could have easily been a recipe for disaster.
Score: 5 Votes (Like | Disagree)
Read All Comments