Apple to Introduce iPad 3 in First Week of March 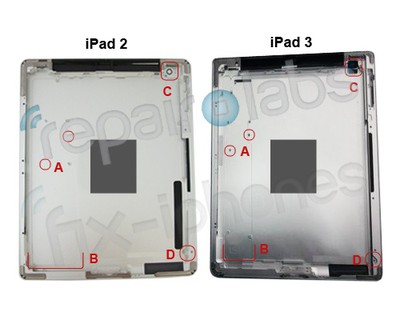 AllThingsD, which has an accurate track record in revealing Apple's new product media events, is reporting that Apple will hold an event to launch the iPad 3 in the first week of March.

Sources say the company has chosen the first week in March to debut the successor to the iPad 2, and will do so at one of its trademark special events. The event will be held in San Francisco, presumably at the Yerba Buena Center for the Arts, Apple’s preferred location for big announcements like these. No word yet on a street date for the iPad 3 (assuming that’s what it’s called), though my guess is retail availability will follow roughly the same schedule as that of the iPad 2: Available for purchase a week or so after the event.

The report's sources also corroborate some of the basic rumors surrounding the device, claiming that it will feature a "much faster chip", improved graphics capabilities, and a high-resolution display.

Last year, Apple introduced the iPad 2 with a media event on March 2, following that up with the first round of launches on March 11.

Update: As he frequently does, the reliable Jim Dalrymple at The Loop corroborates AllThingsD's claim with a simple "Yep."

Cannot wait! :D Anyone else think we will see a 128GB model this time around? (Due to the 4S getting 64GB)

JamesDo
Well yesterday BGR/YDM already reported that iOS 5.1 (http://www.yourdailymac.net/2012/02/operator-profiles-show-that-ios-5-1-may-be-released-on-march-9/) could be coming in the first week of March, which isn't unusual for Apple to release them both at the same time. :apple:

I know it's very unlikely, but a SD slot to allow additional memory would be even better....