Bloomberg takes a look at the ongoing patent battle between Apple and a number of manufacturers of Android-based mobile hardware, suggesting that continued offensive action seeking to block competitors from using Apple's intellectual property may prove riskier for shareholders than licensing the technology.

“A scorched-earth strategy is bad news because it doesn’t optimize the value of their patents -- because people will get around them,” said [intellectual property advisor Kevin] Rivette, whose clients include Android licensees. “It’s like a dam. Using their patents to keep rivals out of the market is like putting rocks in a stream. The stream is going to find a way around. Wouldn’t it be better to direct where the water goes?”

Rivette suggests that Apple could probably extract about $10 in licensing fees for each Android handset sold, but with Apple having a war chest of over $80 billion already, the company could use its intellectual property as leverage in other ways if it opted to settle with its opponents.

The company could offer to drop its more than two dozen patent claims against Samsung in exchange for an agreement to hold off using Apple technology for six months or a year, he said. Cook could also try to get price breaks or guarantees that would give it greater access to Samsung parts, Rivette said.

Other industry experts take something of an opposing view, noting that Apple has yet to face any significant threat from its competitors on the intellectual property front, and in the meantime those competitors are being slowed by Apple's aggressive legal actions.

“Apple has the patents, the money and the expertise to go to war,” [MDB Capital Group chairman Christopher] Marlett said. “I just don’t see why Apple would seek détente, since they’re the clear leader. Until they’re hit with an injunction by Google or Samsung, they don’t need to get serious about licensing.”

But even those who believe that Apple's strategy remains viable for now suggest that at some point the company will need to shift course and reach settlements. With innovation obviously still continuing in the industry and an increasing number of players participating in it, it seems likely that Apple will at some point find itself on the losing end of a significant intellectual property suit.

Once competitors begin to land victories over Apple, as Samsung has been attempting with lawsuits over 3G-related patents, Apple may find it beneficial to settle the ongoing lawsuits to bring some stability back to the market.

kdarling
This is exactly what I've been saying for years:

1) Those who license their patents are assured of sharing even in their competitors' success.

2) It's not a longterm smart idea for Apple to force their competition to come up with more clever solutions or workarounds (and likely patent them).

3) Eventually the tables will be turned on Apple, and someone will refuse to license to them, just as they have refused to license to others. Bad karma.
Score: 36 Votes (Like | Disagree)

This really isn't that hard to understand.

Apple isn't interested in cross licensing. Their goal is to enforce their patents so competitors have to remove features and degrade the user experience on their platforms.

Indeed, HTC was just banned from importing phones that automatically recognize phone numbers and emails and turns them into action links. HTC has said they are going to remove the feature.

That is a serious degradation of the user experience. And it will drive people away from HTC. Apple can theoretically enforce the same patents against any other manufacturer as well, and probably will.

If Android as a whole lost that feature, Apple would certainly sell a lot more phones.


No - you missed the point entirely. HTC isn't removing the feature. They've changed the way it's done so it avoids the patent.

So - in essence - rather than Apple making money from licensing the patent - they've forced the competition to come up with a work around. This has both good and bad points as mentioned in the article.
Score: 20 Votes (Like | Disagree)

I love the thought process of Apple fanatics. Android was announced before the iPhone, Android phones contained numerous features before iPhones had them, and Apple has been blatantly stealing features from Android recently, but these "experts" believe that android manufacturers should be paying Apple licensing fees? Apple should be the ones paying the fees.

As much as you'd like to believe so, you can not become an expert at this stuff by simply looking at the phones and typing out an opinion on the internet.

The fact that you used the word 'features' at all shows how far off you are from what these cases are about. It's very rarely about the 'feature,' but rather how the feature is accomplished.

That said, the analysts seem to also be guessing based on little knowledge, so what the heck. We might as well all join in.
Score: 15 Votes (Like | Disagree)

Plus the fact of the matter is still the same, apple patented their ideas first, so anyone using them suffers the consiquences. If android was first as you say, why don't they own the pattent? because they weren't first. ;) Apple patents stuff in concept phase, because they had the idea first.


Simply getting a patent does not always mean it actually is for a unique idea. That can require a court ordered deeper examination to figure out once and for all.

For example, Apple was quick to use their patent for "slide-to-unlock with image and path" against everyone they sued. Now, with various judges saying that it's most likely obvious and invalid, they've withdrawn it from their attack arsenal. Other patents are not doing so well either.

A related example was Apple's attempt to trademark "Multi-Touch". It was almost finalized. Then, after a fervent letter of opposition from Jeff Han's company, the Trademark Office re-examined their original approval and decided that it had been given in mistake.
Score: 12 Votes (Like | Disagree)

You do understand there were touchscreen phones before the iPhone, right? you're also aware that Android has numerous different types of phones - full touchscreen, qwerty, portrait slider, landscape slider, etc. That picture is one model of an early prototype.

Those early days aside, in more recent times Android was first to market with multitasking, but nobody cried foul when Apple implemented it. Apple blatantly stole the notification system for ios5 directly from Android. is Google suing? Nope.

I love the thought process of Apple fanatics. Android was announced before the iPhone, Android phones contained numerous features before iPhones had them, and Apple has been blatantly stealing features from Android recently, but these "experts" believe that android manufacturers should be paying Apple licensing fees? Apple should be the ones paying the fees.

Yup, because this is the same 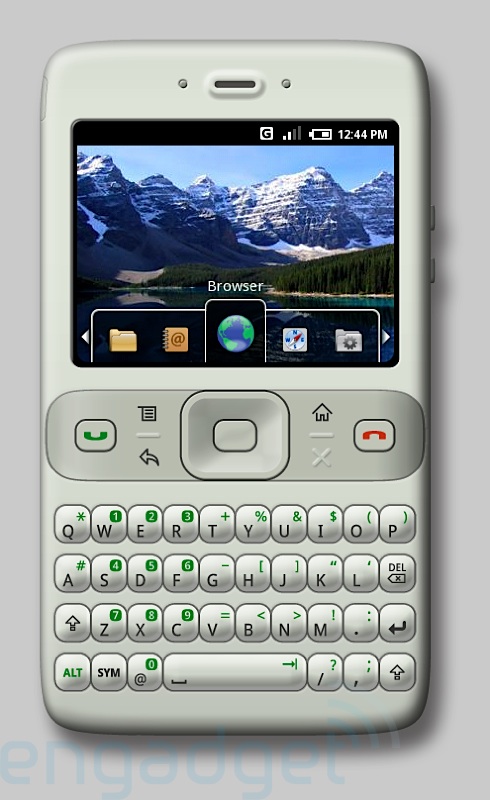 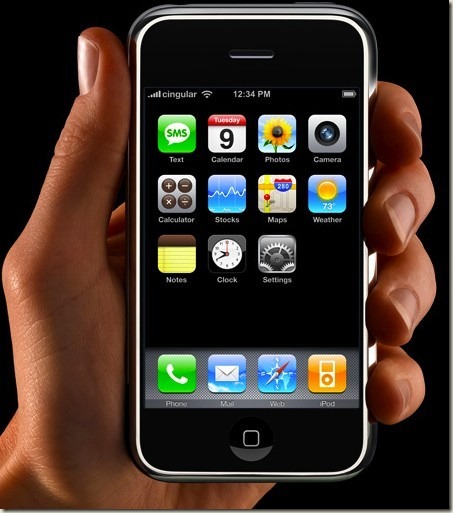 Now back on topic,

Once competitors begin to land victories over Apple, as Samsung has been attempting with lawsuits over 3G-related patents, Apple may find it beneficial to settle the ongoing lawsuits to bring some stability back to the market.