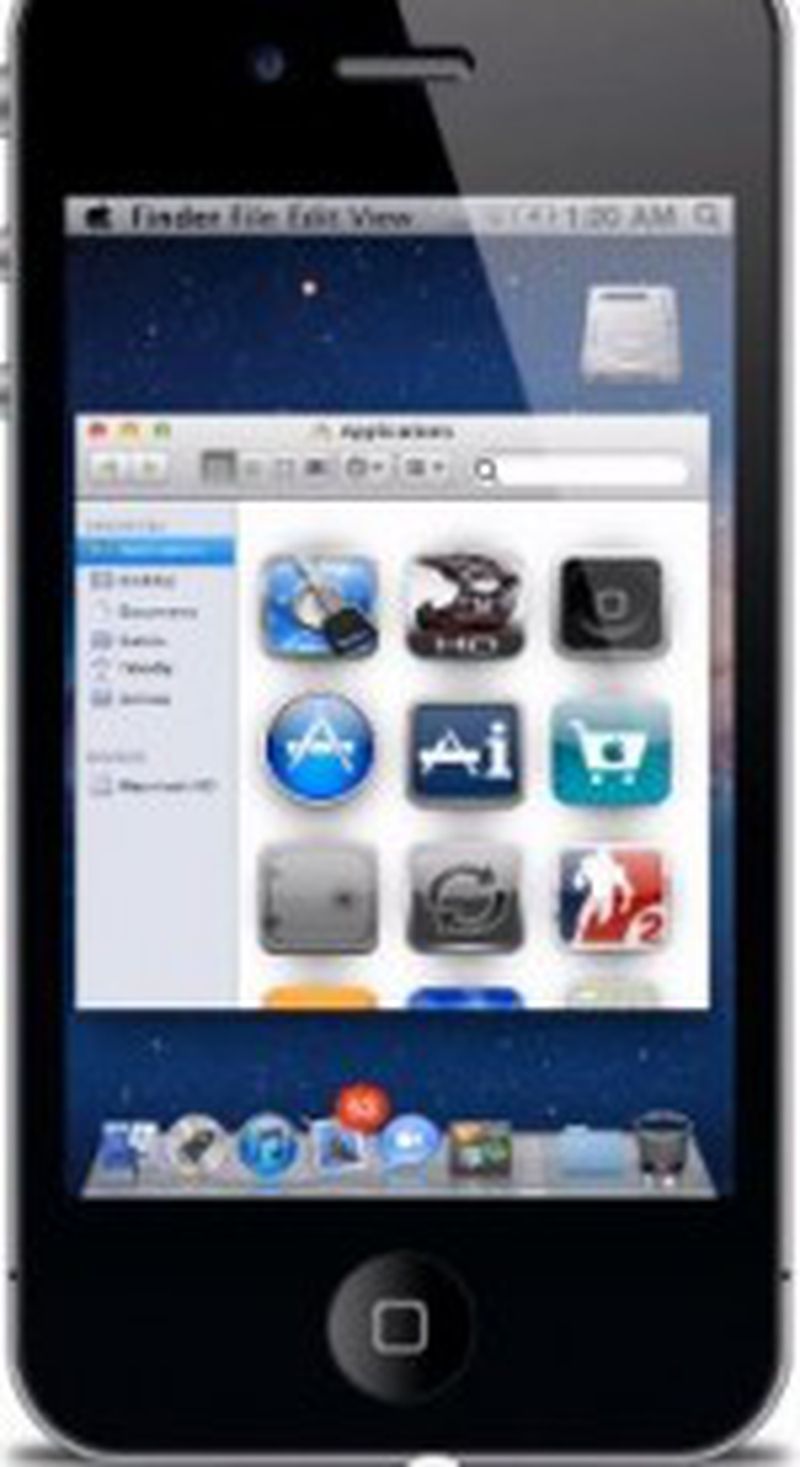 The jailbreaking community has brought all sorts of interesting tweaks and hacks to iOS devices. Lion Ultimatum is functional theme for jailbroken iPhones that attempts to completely replicate the OS X user interface, not just with icons and a background, but with "fully usable Finder menus, stacks, launchpad, a scrollable dock, draggable windows, mission control, dashboard, and a customizable lock screen."

Lion Ultimatum is a free install for jailbroken iPhones. Lifehacker has installation instructions for those interested in trying it out.

It is, however, more useful as a proof-of-concept than anything else, and shows why Apple redesigned the iOS user interface from the ground up to be touch-compatible, rather than simply shoehorning the OS X interface onto a smaller touchscreen.

1080p
What iOS should have been like!
If this is what Apple had shown instead of the Springboard iOS back in 2007, iPhone would have been a failure. iPhone is successful due to it's ease of use.
Rating: 13 Votes

It looks very awkward for a touch-based input device but it is a fantastic proof-of-concept.

It also demonstrates the amount of passion developers have for the iOS platform. I love it.
Rating: 10 Votes

I agree about missing Expose though.
Rating: 5 Votes

ZackaryVS
This would be awesome on the iPad...

I would love to have this on an iPad... you'd have a full desktop resolution... that'd be pretty sweet. iMacbook
Rating: 5 Votes

WestonHarvey1
What an incredible amount of effort to prove Apple's point for them. So many fat-finger blunders in that trailer for all to see.

Anyone who has used a remote desktop tool on iOS already understands why you need a totally new interface for touch.
Rating: 4 Votes

Just use iTeleport VNC on your iDevice.


That's not the point.
Rating: 3 Votes

adcx64
I just installed it on my iPod touch. It's awesome!
Rating: 3 Votes

NAG
They obviously put a lot of work into it but are still some glaring rough edges (obviously, it is beta). Doubt it will ever be better for productivity than the default UI but no real harm in them playing around.
Rating: 2 Votes