Reuters reports that Apple's Korean unit has paid out the equivalent of $946 after losing a lawsuit over the company's collection of iPhone location data. The judgment was issued in May, and Apple is said to have made the payment last month.

Apple Inc's Korean unit has paid compensation to a user of its popular iPhone after collecting location data without consent, lawyers and court officials said, the first payout by the U.S. company over these complaints.

In May, Apple Korea was ordered by the court to pay 1 million won ($946) in compensation to Kim Hyung-suk, a lawyer, two officials at Changwon District Court told Reuters on Thursday.

Emboldened by the successful lawsuit, Kim's law firm is now preparing a class action lawsuit over the location issue, and a website set up at sueapple.co.kr to allow interested users to sign on to the lawsuit has been overwhelmed by traffic. 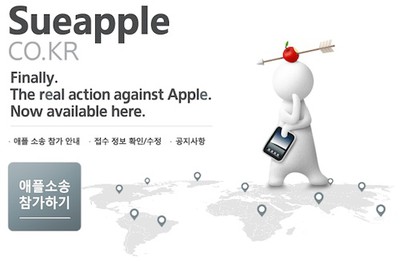 Several lawsuits have already been filed in the United States over the issue, which was cast into the public light by independent researchers back in April. Apple responded to the controversy one week later, clarifying that the observed location data was actually nearby cell tower and access point data being downloaded to users' iPhones to assist with geolocation rather than the devices' actual locations as defined by GPS. Apple did, however, acknowledge several bugs in the way the location data was being handled, and addressed those issues with iOS 4.3.3 in early May.

We get the warhead and we hold the world ransom for...

Ok. They were tracked. But what harm was caused to justify a payout?


They were NOT tracked. It was a cache on your own device.
Score: 12 Votes (Like | Disagree)

They should have made Steve Jobs sit in the court personally, so after the Judge passed the decision, he could sit up, dig out his wallet and say "I think I've got that much in here".


That would be a cruel thing to do - you know Steve only gets $1/year in salary. He'd have to work almost a millennium to pay that off.
Score: 10 Votes (Like | Disagree)

Koreans are all sour losers.


I might wonder if it could be lawyers seeking to profit here, not a racial thing? Just thinking out loud...
Score: 8 Votes (Like | Disagree)

iStudentUK
Fair enough, if Apple broke Korean law then they should face the consequences. Simple.

Don't know how you quantify the amounts. 1 million won seems a bit arbitrary, unless it is a fine laid down by statute.
Score: 8 Votes (Like | Disagree)
Read All Comments

Wednesday May 5, 2021 11:03 am PDT by Juli Clover
As the Epic Games v. Apple trial progresses into its third day, Apple's internal documents and communications with various companies are continuing to surface, giving us some insight into the dealings that Apple has had around the App Store. Back in December 2018, Netflix stopped offering in-app subscription options for new or resubscribing members and instead began requiring them to sign up ...
Read Full Article • 420 comments