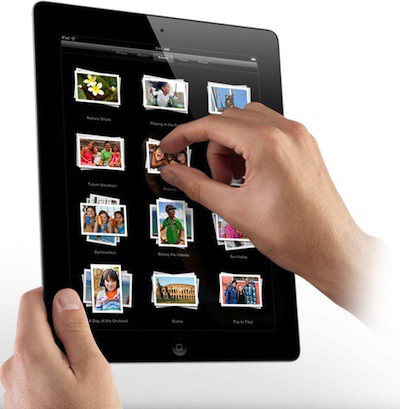 DigiTimes reports that Apple is considering offering to increase the price it is willing to pay for touch panel supplies in order to secure a steady flow of the components for its iOS devices as suppliers struggle to recover from the Japanese earthquake. With Apple said to already be soaking up 60% of the entire touch panel market, the move could significantly increase pressure on smaller competitors trying to lock in their own supplies. In particular, Apple is looking to Taiwan-based suppliers whose importance has increased with a number of Japanese plants going offline or operating with reduced production.

In order to secure sufficient supply of touch panels used in the iPad and iPhone, Apple has talked with Taiwan-based makers, considering some room for them to hike quotes, according to these makers.

With Apple's capacity, It is a reasonable strategy from Apple to allow suppliers to hike quotes, and it will be a great help to the overall supply chain, even just for the short term, but will increase pressure to other vendors for tablet PCs and smartphone, touch panel makers believed.

While a handful of components have been determined to be directly vulnerable to shortages caused by the earthquake and related disasters, Apple's manufacturing partners have been said to have several weeks' worth of supplies already on hand and Apple's supply agreements and market position give it significant leverage for obtaining supplies going forward. But given the complex international nature of the electronics production business and Apple's penchant for maintaining lean manufacturing processes, any disruption in the supply chain could have significant effects.