Next Generation iPhones Referenced in iOS 4.3 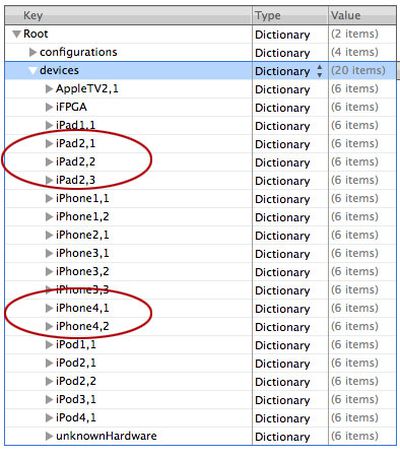 For reference, the first generation iPad carries a model number of "iPad1,1" while the AT&T iPhone 4 carries the "iPhone3,1" model number. These new designations likely represent the next generation iPad and iPhone. It seems likely the second digit represents hardware differences between models -- such as a Verizon iPhone and AT&T iPhone. The iPad is also believed to be coming to both Verizon and AT&T, so that may explain at least a few of the different model numbers.

The iPad 2 is believed to be coming out in the next month or so, while the iPhone is traditionally refreshed in the summer during WWDC.