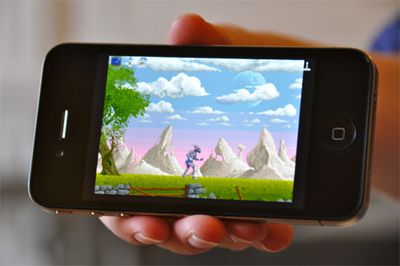 As with its Commodore 64 emulator, Manomio is legally licensing the required intellectual property and is working with individual developers to bring popular Amiga titles to the App Store. Even at this early stage, the emulator is running very well, though input controls need to be polished. The following demo video shows a collection of 10 classic Amiga games including Defender of the Crown, Battle Squadron, International Karate +, R-Type, R-Type II, Speedball, Stunt Car Racer, Shadow of the Beast, Virus, and Xenon 2: Megablast:


The shown games don't necessarily reflect the selection that will become available in the App Store, as that will depend on the ultimate licensing agreements. The emulator achieves its performance using tuned ARM assembly language and will only support iPhone 3GS / 3rd gen. iPod touch devices and up. No release date has been announced.
[ 95 comments ]