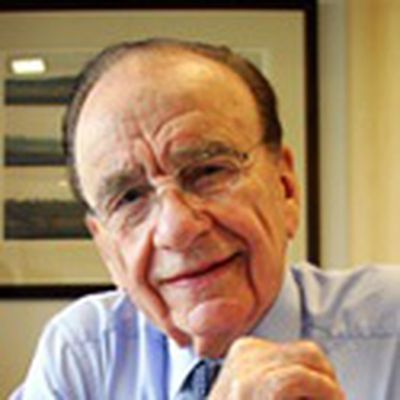 The Los Angeles Times reports that Apple is still working to convince media companies to adopt its plan for 99-cent TV show rentals through its iTunes Store. According to those close to the negotiations, a number of media companies, including NBC, CBS, and Time Warner, are against the plan, but Disney is currently prepared to go along with it.

News Corp., the parent company of FOX, is still sitting on the fence, however, with its executives split on whether to sign on with Apple for the rental plan. Chairman and CEO Rupert Murdoch is said to be in favor of it, which may tip the balance in favor of Apple's plan for News Corp., and possibly even the entire industry should the early adopters see success with their offerings.

News Corp. executives are divided over selling TV shows at such a discount, according to people close to the conversations who requested anonymity because they were not authorized to discuss internal company matters.

Single episodes of such popular shows as "Glee" or "Lie to Me" are available to purchase for as much as $3.99 at Apple's iTunes store. Some executives of News Corp., which owns the Fox network, worry that offering 99-cent episode rentals will cut into lucrative DVD sales and pull viewers away from watching network TV, thereby eroding a $20-billion advertising market, these people said.

But other top officials at News Corp. - especially Murdoch - are prepared to join Apple's six-month pricing trial because it could cement a relationship with Apple's powerful chief executive, Steve Jobs, and reap benefits for other divisions within the company, namely newspapers.

According to the report, Apple's plan calls for a six-month trial in which content providers would be guaranteed to receive the same revenue for rentals that they have been receiving for sales of TV show episodes. Apple's iTunes Store would offer commercial-free versions of the episodes at the 99-cent rental price point within 24 hours of their original airing on television.

Those media companies currently holding out against Apple's plan cite a number of factors, including fears of sabotaging their own lucrative DVD sales and losing customers for traditional cable companies that pay significant fees for the right to carry their content, in their reluctance to sign on. The companies are also worried about an overall devaluation of their content due to dropping prices, causing a ripple effect for revenue streams such as syndication.