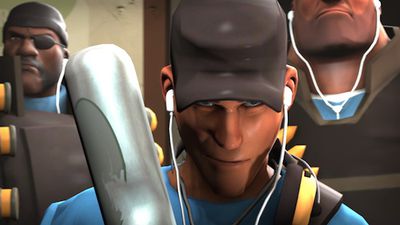 Valve Software today posted a teaser on its official blog for Team Fortress 2 hinting at a release for the game on Mac OS X tomorrow. Team Fortress 2 would mark the third major Valve series to hit Mac OS X, following Portal and Half-Life 2 (plus two Half-Life 2 sequels) released since Valve announced that it would be making its game library as well as its Steam game distribution platform offering a host of third-party games available on Mac OS X beginning last month.

The news comes just after Valve announced that it will be delaying the release of its much-anticipated Portal 2 until 2011, citing the fact that "making games is hard". Portal 2 had been expected to see a release before the end of this year.