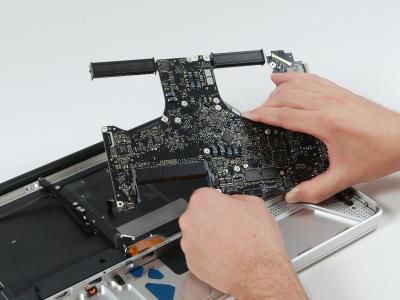 MacBook Pro logic board
iFixit has posted photos of the complete disassembly of the new MacBook and MacBook Pro. The disassembly guides show how to access the hard drive, battery and RAM on the new machines. No video adapter is included in the packaging.

Meanwhile, AppleInsider has posted a set of high quality comparison photos between the new 13" MacBook and new 15" MacBook Pro.
[ 285 comments ]