Apple's Gold Master (Retail) version of Mac OS X 10.5 Leopard has at least one visual tweak over the developer seeds. It appears Apple has listened to user feedback about the visual inconsistency with dock items appearing on a 3d shelf on the Left and Right side of the screen (old screenshot). 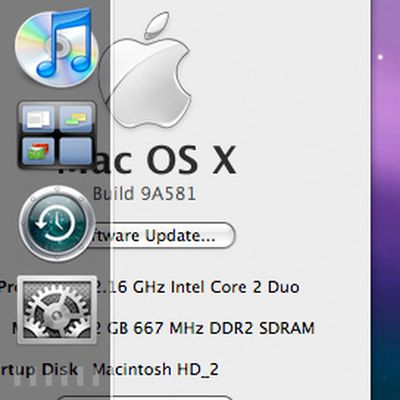 Apple has updated the Dock so that it has a 2-Dimensional appearance when it resides on the side of the screen. When residing on the bottom of the screen, the Dock retains the 3d shelf appearance.

Mac OS X 10.5 Leopard will officially launch on October 26th at 6 p.m. If you haven't already ordered online ($20 off), MacRumors readers are organizing meetups in their local regions.

Update: Apparently the same simple style can be used for the dock when it is on the bottom: screenshot