How to Divide Your Apple Watch Workouts into Segments 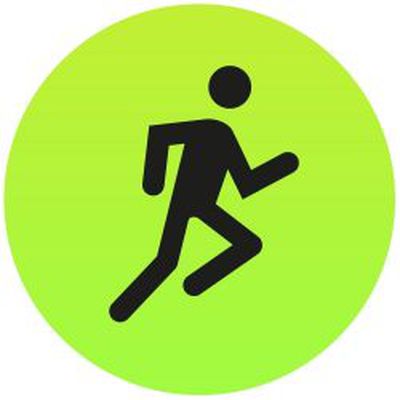 Using the Segments feature in the Apple Watch Workout app is a great way to track changes in exercise intensity over the course of a workout. It can also help you find out which activities in a mixed session push your body the most.

If your regular running route includes a hilly section, for example, using segments to indicate where it begins and/or ends lets you review how much time it takes to complete compared to the rest of your workout.

Or maybe you use your Apple Watch to track gym sessions that include various high-intensity strength training or mixed cardio exercises. Marking a new segment every time you move to another piece of equipment or perform a different exercise will give you a better idea of how effective each activity is at burning calories.

How to Mark a Segment During a Workout

How to View Segment Metrics on Your iPhone

I was looking for that too but it seems like these are splits rather than a multi-event training that's needed for a triathlon, am I missing something?

Nope. These are just splits.

I've sent Apple a long tirade of feature requests around this. In the "good ol' days" even the electronic trackers were essentially dumb. With the Watch, IMO, there is zero technical reason it could not be location / speed / altitude / cadence / movement aware... and integrate that into the exercise app. For example, there are exercise tracking programs for both indoor and outdoor walking AND running... as four separate activities. Given that the watch has a built-in accelerometer, plus GPS and altitude info, it could easily detect the difference between walking, jogging and running (based on speed), plus note the difference in performance metrics on flat land, up-hill, down-hill, etc. In theory it should even be able to detect the rapid back-and-forth movements of doing cardio on machines, such as elliptical, treadmills, perhaps even rowing machines.

I've even suggested opening the exercise app to 3rd party add-ons. Imagine integrating "track my X" into the exercise app. Not only would it track body metrics, but actually show your efforts on a map. This could permit extending the watch's capabilities to support many different movement-based exercises.

For the triathlon scenario, the watch should already be able to detect the difference in movement types between running, swimming and cycling.

Sure, we're still early in the Watch development cycle, and I'm very happy with what is does now. With continued evolution the future could be great!
Score: 2 Votes (Like | Disagree)

I was looking for that too but it seems like these are splits rather than a multi-event training that's needed for a triathlon, am I missing something?

No, these are just splits. To properly track a triathlon, you would swipe over and select New, then select the proper activity for that stage of the event. But that takes time. It's a lot quicker to select a more generic cardio work out and use splits to indicate the boundaries of the activities. You know whats up with that, and can use that info later to track progress from one event to the next.
Score: 1 Votes (Like | Disagree)

Garmin already has the ability to switch events for triathlon scenario and their users make fun of the Apple Watch all the time due to the lack of it; it's even a meme at this point :(

Ha! Well then... it's time for Apple to be courageous and follow the leader!
Score: 1 Votes (Like | Disagree)

Why don't you just swipe once you start the workout and tap lock?

Oh man! They must have added this in watch os 4?! I’ve never noticed the lock water droplet there before!! I always just swipe over there to select end or pause! Thank you!
Score: 1 Votes (Like | Disagree)

I wish there was a way to turn this off. When I’m running in the winter or fall and wearing a long sleeve shirt it messes with the watch and I end up with these segments scattered through my run. To to avoid this, sometimes if I remember, I start the workout then I have to go to the home screen and then flip up the control center and turn on the water mode to lock the screen all while starting to run. Pretty annoying. Just wish they had and option to turn them off in the watch app.

Why don't you just swipe once you start the workout and tap lock?
Score: 1 Votes (Like | Disagree)
Read All Comments

Sunday January 23, 2022 10:32 am PST by Juli Clover
Apple is working on a number of new products that are set to launch this fall, and Bloomberg's Mark Gurman says that it will be "the widest array" of new devices that Apple has introduced in its history. In his latest "Power On" newsletter, Gurman explains that Apple is working on four new flagship iPhones (iPhone 14, iPhone 14 Max, iPhone 14 Pro, and iPhone 14 Pro Max), an updated low-end Ma...
Read Full Article • 238 comments