Apple has entered into discussions with Major League Baseball about a potential deal that would see the company broadcasting MLB games next season, reports The New York Post. 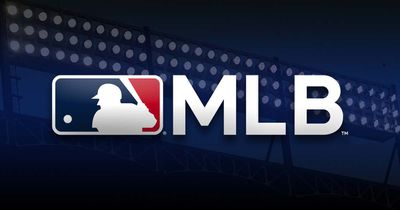 The talks are described as "substantial" and "serious," and a deal would provide Apple with a way to establish Apple TV+ as a destination for sports content. At the current time, ‌Apple TV+‌ offers TV shows and movies, but compared to competitors, it is not able to appeal to sports fans.

A lack of live sports access is a serious negative for Apple TV, as competitors like Amazon do have established deals. Amazon has inked a deal to air "Thursday Night Football" games starting this fall, and Amazon paid more than $1 billion for the access.

At the current time, ‌Apple TV+‌ does not offer support for any kind of live television, providing access only to on-demand television and movie content, so Apple would likely need to build in a new sports-oriented section with live TV access.

‌Apple TV+‌ does integrate with the TV app, which in turn integrates with apps that provide access to live sports through the Sports tab. You can, for example, choose a favorite team in the TV app and it will suggest streaming a game in the appropriate app whenever the team is playing.

MLB is shopping its weekday national games that used to be exclusive to ESPN, so it's likely that ‌Apple TV+‌ would offer the Monday and Wednesday games that ESPN no longer has access to if a deal works out. Discussions have also been held with Barstool Sports and Amazon, but no deal was reached.

4jasontv
I've had MLB.tv since 09, and far too many games are blacked out. If Apple can negotiate around this, especially if I can pay per team... well, I would pay for it.

But they really need to ride the Ted Lasso gravy train and get soccer into American households.
Score: 16 Votes (Like | Disagree)

icanhazmac
My god why? Not saying no one likes baseball but there must be a million better uses for the money they would need to spend to get the broadcast rights.
Score: 5 Votes (Like | Disagree)

Somian
I would feel kind of 'eh' about that. If it's a separate subscription, fine. But knowing that a big part of my subscription fee goes to sportsball, I'd be less likely to get a subscription.
Score: 5 Votes (Like | Disagree)

kc9hzn
Oh man, it’s gotta suck to be ESPN these days. Granted, the whole “look up scores online” thing took the wind out of their sails, but to plummet so low that MLB is shopping games around to Apple instead of renewing with ESPN would have been unthinkable even 7 years ago.
Score: 5 Votes (Like | Disagree)

dmylrea
Jesus, I wish they would take over showing the NHL games. This season, which ESPN took it over, has been a complete cluster-fluck. Not only are some games scattered on other Disney-owned networks, but regional games are on BALLY SPORTS, which YouTube TV does not broadcast so I can't even see "local" games. The ESPN+ app sucks as all the other sports are combined into one app and one has to filter through every other sport to find hockey games. It's miserable.

If I remember correctly, ESPN bought the rights from NBC for a bajillion years (8 or 10) so probably no hope.
Score: 4 Votes (Like | Disagree)

Delorean2006
As a huge baseball fan, this gets me really excited (if a deal gets done) for next season...if there's even a next season....
Score: 3 Votes (Like | Disagree)
Read All Comments