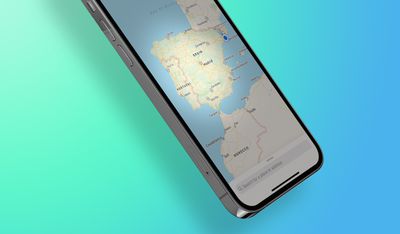 During the testing period, the updated maps will only be visible to some users.

The revamped Apple Maps experience provides more detailed views of roads, buildings, parks, airports, malls, and more, along with faster and more accurate navigation. The updated maps started rolling out in the United States in late 2018, followed by the United Kingdom and Ireland in October 2020 and Canada in December 2020.

Apple Maps enthusiast Justin O'Beirne has been tracking the new Maps rollout and has more details on his website for those interested.

They still don’t know what European Portuguese is for Siri, though...
Score: 10 Votes (Like | Disagree)

there is no such thing as original portuguese or brazilian. they both are the same language: portuguese. stop being racist. Portuguese people are really xenophobic. For years I played games in portuguese from Portugal and never complained. No wonder u never adopted the new "acordo ortográfico", because u need to "preserve the language".

Dude, written language is one thing.

Oral language is another. And yes, Portuguese from Portugal or from Brazil are two very different things and Portuguese people are absolutely not xenophobic for pointing that out.
If you were correct, we would not have French from France or from Canada. Or Spanish from Spain or from South American countries.

And if you don't know the difference between written and oral, please don't join the conversation.
Score: 7 Votes (Like | Disagree)

Rjjcvb
+1 exactly. If the Dutch language has both Netherlands and Flemish version, why no original portugees version?! (I prefer to use the English version over the “Brazilian” version)

I'm in Portugal and I'm not seeing this. Why?

Rollout of map updates can usually take a few weeks to get to everyone. Test periods, like this, can be a few weeks to a few months before a general rollout.
Score: 4 Votes (Like | Disagree)

one more
Bonjour Apple ! What about France?
Score: 3 Votes (Like | Disagree)
Read All Comments

Friday June 24, 2022 2:52 am PDT by Hartley Charlton
Apple is "likely" to announce its long-rumored mixed-reality headset as soon as January 2023, Apple analyst Ming-Chi Kuo has reiterated. Concept render based on purported leaked information by Ian Zelbo In a detailed post on Medium, Kuo explained that Apple's headset will be a "game-changer" for the augmented-reality and virtual-reality market. Describing some of the headset's...
Read Full Article • 96 comments