Apple is widely reported to be embracing mini-LED display backlighting technology for some products next year, and a new report today by DigiTimes has named several of Apple's partners in the supply chain that are expected to benefit from the switch. 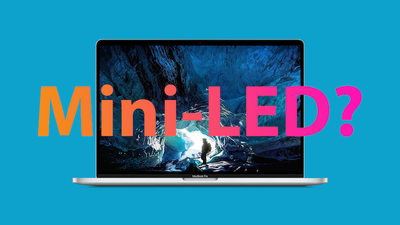 According to the report, Apple is set to launch its first mini-LED iPad Pro in the first quarter of 2021 and mass produce mini-LED MacBook Pro models in the second quarter, and a number of Taiwan manufacturers are building a "pre-emptive presence" in the Mini-LED segment in anticipation.

The sources continued that Foxconn Technology and Compal Electronics will share the assembly orders for miniLED iPad Pro devices, and MacBook Pro products adopting M1 chipsets will be mainly produced by Quanta Computer and partly by Foxconn.

The report goes on to note that among Apple's supply chain partners, TSMC will still benefit most from these devices, as the foundry has reportedly landed all the 5nm chip manufacturing orders for both ‌Mini-LED‌ ‌iPad Pro‌ and MacBook Pro models. Coupled with strong iPhone sales, 2021 is said to be looking good for TSMC, with first-quarter revenues likely to hit a new high, according to DigiTimes' sources.

According to Apple analyst Ming-Chi Kuo, production will begin on mini-LED displays for the ‌iPad Pro‌ in the fourth quarter of 2020, with a launch expected in the first half of 2021. Apple is also believed to be working on new 16.1 and 14.1-inch MacBook Pro models with mini-LED displays, which are expected to be released during the first half of 2021.

All future MacBook Pro models are expected to use Apple Silicon chips now that the first ‌Apple Silicon‌ Macs with M1 chip are available.

Steve121178
Very tempted with the current M1 Macs, but I know it will be worth the wait for a redesigned MacBook Pro with the very latest tech such as mini-led and hopefully FaceID.
Score: 22 Votes (Like | Disagree)

benz240
Honestly, the only thing keeping me from getting an MBP is the touch bar
Score: 18 Votes (Like | Disagree)

Really? Wait until we see the sales figures on just M1 Macs sold

I hope intel comes out with a RAW power chip that blows the M1 out of the water.

I don't like the way people are bashing Intel. Intel has been making processors a very long time. not Apple

It's Like Steve Jobs is alive again and the Hate and bashing of Intel processors has started all over again.

Main reason Apple released the M1 is because of performance issues and constant delays on Intel’s side. Intel is (was) the top performance leader in chip design. However, I think they rested on their laurels. Then they either lost key talent or stopped investing as much in r&d. Which has allowed Apple, AMD, Qualcomm to step up their game.

Apple likely would have stayed with a Intel if they haven’t been so stagnant and continually missed deadlines of their own to get off the 14mm process. Intel is a great company and I hope Intel will use this opportunity to realize they need to invest for their future.
Score: 10 Votes (Like | Disagree)

This Touch Bar crisis should be over by now. I f you don't like it you can use it at a very minimum and it's a no-brainer.

Some people like physical function keys and there’s not always a don’t use it option. Just because it’s a no-brainer to you, doesn’t mean it is to everyone else.
Score: 10 Votes (Like | Disagree)
Read All Comments