Apple's chipmaking partner TSMC today announced its intention to build and operate an advanced semiconductor factory in Arizona, with construction planned to start in 2021 and production targeted to begin in 2024. 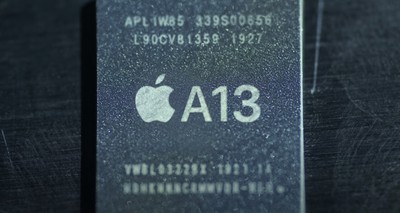 TSMC estimates that its total spending on this project, including capital expenditure, will be approximately $12 billion from 2021 to 2029, with the facility expected to create over 1,600 high-tech professional jobs directly.

TSMC already operates a factory in Camas, Washington and design centers in both Austin, Texas and San Jose, California, so the Arizona facility would be its second manufacturing site in the United States. The company's main factories are in Taiwan.

I7guy
Now there needs to be a factory to assemble the phones in North America.
Score: 9 Votes (Like | Disagree)

This facility had better be able to produce more than 20k chips per month, otherwise I’d say the investment is not worth it. Even if they’re missing a zero in the number, making 200k units per month is such a paltry amount - what Apple product would that even support annually?

I thought so as well. The original press release says wafers not chips.
Score: 4 Votes (Like | Disagree)

calzon65
At least this is a start to seeing a more diversified supply chain with some manufacturing in the USA.
Score: 4 Votes (Like | Disagree)

magicschoolbus
Important to have a chip factory in the USA.
Score: 4 Votes (Like | Disagree)

pweicks
Everyone on here talkin bout wafers... y’all got me hungry!
Score: 4 Votes (Like | Disagree)
Read All Comments