Deirdre O'Brien, Apple's vice president of retail and people, today told Apple employees that "many more" Apple Stores are set to start reopening in May. 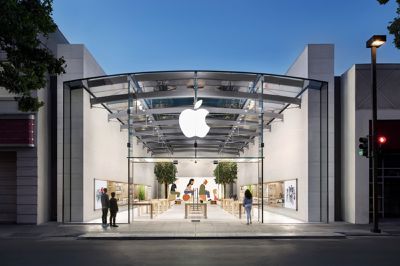 O'Brien made the comments during a weekly video update shared with staff, according to Bloomberg. "We are continuing to analyze this health situation in every location, and I do expect we will reopen up many more stores in May," O'Brien told staff. Apple did not specify which stores would be reopened, or the regions where the stores would reopen first.

In March, Apple's retail chief Deirdre O'Brien said that Apple planned to begin opening some stores worldwide in the first half of April, and one lone store in South Korea was indeed opened again on April 18 for repairs and purchase pickups. No other stores have reopened at this time, and a separate retail source said told MacRumors that Apple is aiming to open stores in North America by mid-June.

When stores start reopening, Apple will take into account local conditions and recommendations. Some states in the U.S. have already begun relaxing their social distancing guidelines and allowing businesses to reopen, while others have extended shelter-in-place orders.

Texas, Georgia, and Tennessee, for example, are letting stay at home orders expire, while the Bay Area, where Apple is located, has extended its shelter-in-place order through the end of May. Apple will need to follow state restrictions and guidelines as stores begin to reopen.

All Apple Stores outside of Greater China (and the reopened South Korea location) have been closed since March 14. Over the course of the last few weeks, retail employees have been returning to work through training and meetings at home, while others have been handling online and phone support technical requests.

Why does this concern you? You have the choice to not enter any Apple Store. You are free to stay isolated in your bunker for as long as you want, peaking out of your window from time to time to see if people are still alive. So why would you care who enters the stores or how many do so? As long as you stay isolated you’re safe, right?

Because social distancing is pointless on an individual level. Individuals can’t stay isolated forever but communities can reduce risk for everyone.
Score: 26 Votes (Like | Disagree)

Sedulous
I am sorry but I think many posts here missed the point of these measures. The goal was to “flatten the curve” so that ICUs are not overwhelmed. The goal was never to eliminate infections. The final total number of infections was not going to change much. If the curve has been flattened then it is time to move forward.
Score: 11 Votes (Like | Disagree)

In the USA at least, every state has up to 10X more CoV cases than they had six weeks ago. Nothing has gotten better in that respect - just a lot lot worse. And a month from now all those numbers will at least double. So let's start opening stores.
But I guess it doesn't matter. Who in their right mind would want to go into one?

The number of new COVID cases will continue to increase no matter what we do, until we either have a vaccine or develop herd immunity. Would you propose we all live in bunkers for next ~2 years?

As long the curve remains flat and the medical services can handle the case load - we should be able to re-open our key businesses with some precautions and reasonable amount of social distancing. Life needs to go on.

I for one would go to the Apple Store, as long as all the reasonable precautions are in place. It's no more risky than going to a grocery store or a pharmacy.
Score: 10 Votes (Like | Disagree)

I will go further and say that Apple is in fact essential to many of us. I rely on Apple products on a daily basis to do my job from my home and earn my living. Being able to visit Apple retail store for service, repair and checking out their products is quite essential to me.
Score: 8 Votes (Like | Disagree)

tCdemon
I have a feeling a lot of places are going to reopen next month...hopefully they still continue to implement social distancing and limit how many people inside the store at any given time.
Score: 8 Votes (Like | Disagree)

To be fair, it really isn't essential lol.
Score: 8 Votes (Like | Disagree)
Read All Comments