Apple on December 14 is holding an open house event at Apple Park for Cupertino residents who live near the campus, and has been sending out invites via email to those who are eligible to attend.

The open house takes place from 10:00 a.m. to 3:00 p.m., and requires attendees to RSVP by December 11. Apple says that it is supporting Toys for Tots, and asks those interested in participating to bring along a toy. 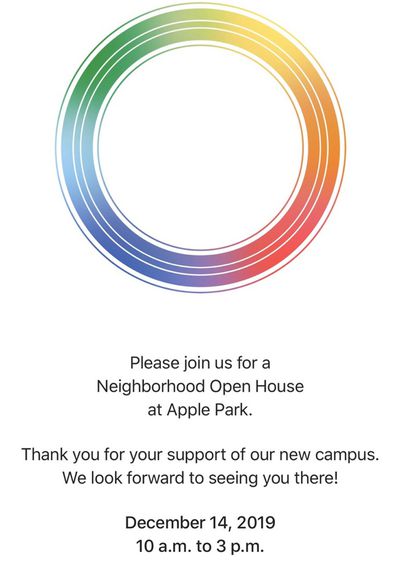 Image via Eddie Kuo
Potential attendees need to fill out a registration form and attendance is confirmed on a first come, first serve basis until capacity is reached.

Each household that receives an invitation can register up to four people in total, and households will be assigned a specific arrival time. Apple says that light snacks and beverages will be served, and the company recommends comfortable outdoor shoes.

Attendees will be able to take photos of exterior spaces at ‌Apple Park‌, but not interior spaces or inside buildings.

Apple has previously invited nearby Cupertino residents to visit its ‌Apple Park‌ campus when the ‌Apple Park‌ Visitor Center opened up in November 2017.

lunarworks
You guys have seriously never heard of a gift drive before? The CTV network has been having an annual gift drive in my city for decades, and you don't even get to tour their studios.

The ability here to find negativity in absolutely anything is staggering.
Score: 9 Votes (Like | Disagree)

It's a dream of mine that one day a multi billion dollar company like Apple will just donate out of their back pocket rather than asking for donations from others.

They have the cash, and are likely not doing anything with it, yet their asking others to donate. Apple could buy new and used toys and their accounting team would barely notice.

If I was a resident, I wouldn't be impressed.

You may not be aware Apple makes corporate donations to a variety of organizations.

That Apple inspires others in the neighborhood to donate as well is a plus.
Score: 5 Votes (Like | Disagree)

ryanwarsaw
I can see the mandatory prison style strip searches required to go inside.
Score: 4 Votes (Like | Disagree)

I guess it's a decent way to allow the truly curious citizens access to the campus in exchange for a charitable deed, but I also cant help but think that the grand total of all toys collected, would not even be a rounding error on AAPL's financials.

You're right. They should just not even do it, then. "Haha! Just joking, no Toys for Tots"
Score: 4 Votes (Like | Disagree) 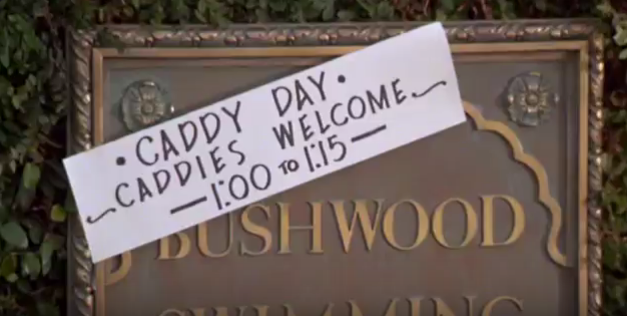 I guess it's a decent way to allow the truly curious citizens access to the campus in exchange for a charitable deed, but I also cant help but think that the grand total of all toys collected, would not even be a rounding error on AAPL's financials.

Yeah why should any company support charitable giving for its employees (or the community) when it’s just a rounding error on their financials.
Score: 3 Votes (Like | Disagree)
Read All Comments