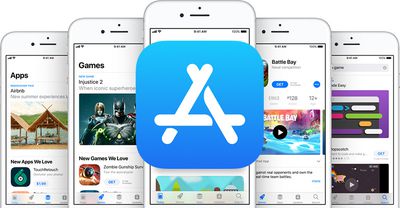 Proponents of the law claim it will help Russian developers better compete with foreign tech firms. The legislation has also been pitched as a way of sparing consumers from having to download software after purchasing a new device.

Electronic retailers have already criticized the law, which is due to come into force on July 1 next year, and say the legislation was adopted without consulting them. The law has also sparked fears that Russia could use the pre-installed apps as a way to spy on its citizens.

It's still unclear how tech companies will react to the news, although Apple has previously threatened to pull out of the Russian market if a complete ban on selling its products without pre-installed apps was introduced, Russian media reported earlier this year.

Responding to today's news of the law, an unnamed Apple source reportedly told the Kommersant business daily: "A mandate to add third-party applications to Apple's ecosystem would be equivalent to jailbreaking. It would pose a security threat, and the company cannot tolerate that kind of risk."

According to The Moscow Times, the government will draw up a list of software which tech companies will need to pre-install, and a list of the devices covered by the law, expected to include computers, tablets and smart TVs alongside mobile phones.

The Russian government has cracked down on internet freedoms in recent years, including requiring messaging services to share encryption keys with security services and social networks to store user data on servers in the country.

infiniteentropy
Meanwhile, they bend to China's demand that allows people to be imprisoned or killed with little to no cause.

Too bad Russia doesn't build any of their stuff, then they'd follow the money and just comply and then defend the decision to comply!

JohnApples
I actually really want to see Apple pull out of the Russian market.

Then, i want to see China demand that all smartphones have government mandated apps preinstalled.

Would Apple pull out of the Chinese market? Or would they make an exception/excuse for China? That would be fun to watch.
Score: 54 Votes (Like | Disagree)

LOL. Money is more important than privacy to companies, EVEN Apple. They'll stay in the Russian market, comply, and sugar coat the entirety of the program with the purpose of the software.

Honestly, Russia isn't that big of a country for this to matter.

Apple pulling out of Russia would be a power move and a worthwhile tactic, IMHO.
Score: 38 Votes (Like | Disagree)

Pull out of China, Russia, Saudi and every other dictatorship... If every company did this we’d probably be living in a better world today, but money is all that matters.

But sure, it's always the other countries that do the really, really bad things that violate everybody's rights.
Score: 34 Votes (Like | Disagree)

Pangalactic
As a Russian I can say this:

First, Apple already hardly operates in Russia - for example, there is not a single Apple store here at all, all the phones are sold through third-party resellers.

Second, it's typical for the Russian government to pass completely retarded laws and then roll them back because, well, of their sheer stupidity.

For example:
https://en.m.wikipedia.org/wiki/Yarovaya_law
A law that would require mobile operators to keep ALL DATA that goes through Russian phones on their servers, which would result in a threefold (!!!) increase of mobile services prices. A sheer madness of a legislation that was passed and then quickly rolled back.

Similarly, when Telegram refused to provide the encryption keys to the Russian government, it started blocking ALL the websites and DNS servers linked to telegram - Google servers, Amazon servers, Google itself (!), which hilariously resulted in around 10% of Russian online stores and tons of websites getting blocked for no reason, but not telegram itself.
https://www.google.com/amp/s/www.theregister.co.uk/AMP/2018/04/17/russia_blocks_google_aws_ip_addresses_to_get_telegram/
Needless to say, all this was quickly rolled back and Telegram is as operational as ever.

So I would actually prefer Apple to officially say they would not operate under such laws, as I believe the public indignation will quickly bring them back.
Score: 32 Votes (Like | Disagree)

The legislation has also been pitched as a way of sparing consumers from having to download software after purchasing a new device.

I can’t believe they say this stuff with a straight face.
Score: 31 Votes (Like | Disagree)
Read All Comments