Apple, a longtime supporter of AIDS research through its (RED) partnership, today shared some details on the work (RED) is doing to put an end to AIDS in Africa with the money it raises for the Global Fund.

Since its founding in 2006, (RED) has raised more than $600 million to support the Global Fund, $200 million of which has come from Apple. 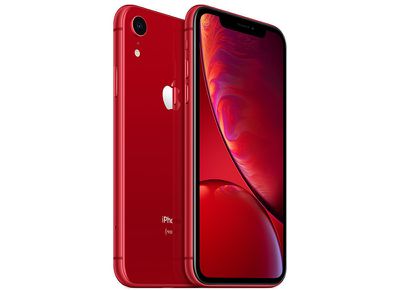 Apple sells a selection of exclusive (PRODUCT)RED branded merchandise, and when customers purchase a (PRODUCT)RED device or accessory, a portion of the proceeds is donated to (RED). Apple has been selling (PRODUCT)RED merchandise for years now, and its most recent release is the red version of the iPhone XR.

Apple is (RED)'s largest corporate donor, and in its release today, Apple shared some stories of the HIV-positive caregivers who benefit from the money donated to the Global Fund, and the full article is well worth a read.

The Global Fund has provided money to thousands of facilities in Kenya and seven other countries in Sub-Saharan Africa, and it's made a huge impact cutting down on the spread of the disease. In 2017, there were 53,000 cases of HIV in Kenya, a major improvement over the number of HIV cases back in 2000 when 9.3 percent of all adults in the country were HIV-positive.

With improved access to HIV treatment through the Global Fund, which provides 17.5 million people with life-saving antiretroviral treatments at the moment of diagnosis, just 4.8 percent of adults in Kenya were HIV-positive in 2017.

"The Global Fund and (RED) have made a huge impact in the lives of HIV-positive patients," says Robina Anene Muli, who runs the Embakasi Health Centre. "Especially when it comes to testing kits, ARVs and other drugs -- they provide 80 percent of our supplies and funding."

Apple is planning a major fundraising effort in honor of World AIDS Day, set to take place this Saturday. From December 1 to December 7, $1 of every Apple Pay purchase made at an Apple Store, through the Apple Store app, or on the Apple website will be donated to (RED).

Apple will also turn the Apple logos at many of its retail stores red to raise AIDS awareness, as it has done in past years.

ericgtr12
WTG Apple! Not sure why this is PRSI worthy, what's political or controversial about raising $200 million to fight a lethal disease? We should all be applauding them.
Score: 24 Votes (Like | Disagree)

Great cause... on paper

If you’re going for buzzkill at least get your facts straight. He made most of his money from U2, founding Evolution Partners and now NextEquity, venture funding a small startup called FaceBook, along with many household tech names. He is in the top 5 richest rock stars, don’t be jealous of success. I made it to 6 minutes of that silly video. Trump, Soros, i’m Out. If that stuff is your lens then yeah, have a nice day.
Score: 12 Votes (Like | Disagree)

thadoggfather
Great cause... on paper

Also touches on the time when apple forced users into having a copy of the u2 album on Their devices without their consent
Score: 12 Votes (Like | Disagree)

If people remained virgins until marriage as they are supposed to, and did not commit adultury or sodomy, sexual transmission of disease would not exist.

If AIDS isn’t a ‘social issue’ — what is it? An apple product?

Great cause... on paper

This is a humanitarian issue. But you managed to politicize it with your hate politics. Congrats! :rolleyes:
Score: 7 Votes (Like | Disagree)
Read All Comments