At $29, the USB-C version of the Apple Watch Magnetic Charger is priced the same as the USB-A version that's long been available. 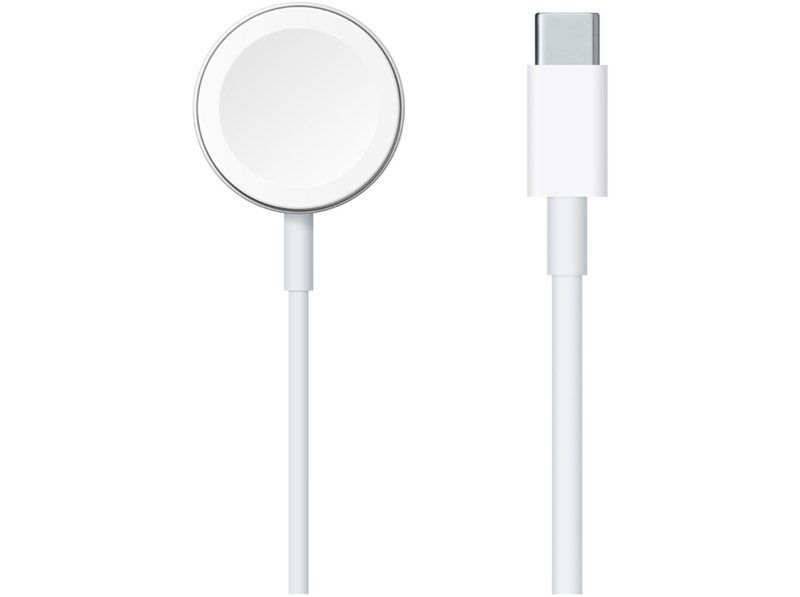 The USB-C version of the Apple Watch Charger is only available in 0.3m, and is not available in the longer 1m and 2m lengths. It's not clear why Apple has decided to only offer it in the smaller size, but additional chargers with longer USB-C cables could be added in the future.

Apple has been selling Lightning to USB-C cables designed for the iPhone for quite some time, but there was no equivalent option for the Apple Watch, so it couldn't be charged via a USB-C power adapter or a USB-C Mac sans adapter.

The new USB-C Apple Watch Charger will ship out in one business day and will be available in Apple retail stores starting next week.

FredLove
This looks like more evidence of the New iPads to have USB-C
Rating: 15 Votes

Trhodezy
You need to really start reassessing your life if stuff like this really pisses you off.

There’s much great problems in life to be getting REALLY pissed off at.

How about having USB C in a box with AP4? Same with the iPhone btw. The mess and level of incompatibility in Apple ecosystem is a joke and starts really pissing me off.

WalterTizzano
I suppose it’s just because they think you’ll connect it to your laptop so a long cable is generally not needed.
Rating: 12 Votes

Trunks78
Connect it to the new iPads to charge Watch on the go ;)
Rating: 10 Votes

cmChimera
The length is a joke.
Rating: 8 Votes

Ad13
Let’s get rid of the cable part and get the puck in to some sort of adapter. It’s needless use of materials.
Rating: 8 Votes

Kabeyun
Good move. It’s time to move everything from USB-A to C. We don’t still have parallel SCSI, serial ports, or ADB either.
Rating: 7 Votes

avanpelt
I fully expect that Lightning will be replaced by USB-C on the iPhones next year.
Rating: 7 Votes

twinlight
I can go with only my usb c charger instead of both the small 12w ipad charger and the 29w with usb c!