Customers who use Apple's CarPlay feature report a higher satisfaction rate than those who are using Android Auto, according to data gathered by a new J.D. Power survey. 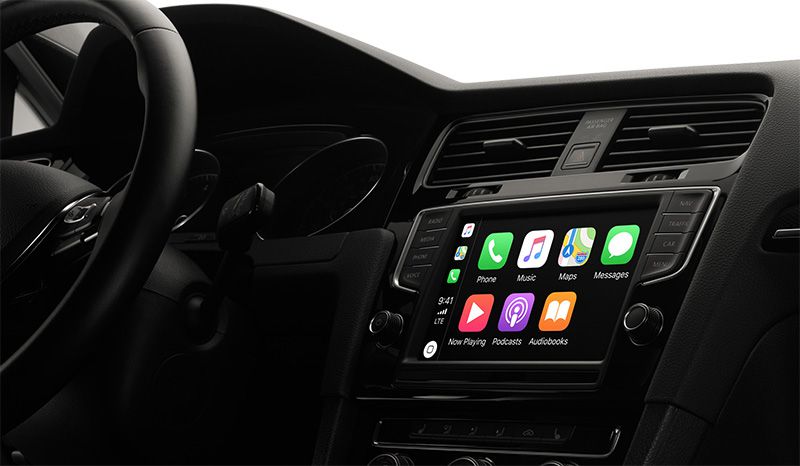 Though drivers appear to be more satisfied with CarPlay, Google still has an edge over Apple on navigation. Among owners who use their own navigation system, 56 percent choose Google Maps most often, while 16 percent use Waze most often.

Just 23 of respondents percent said that they prefer to use Apple Maps, and even iPhone owners were more likely to use Google Maps. These numbers could shift further in Google's favor with the release of iOS 12, which will give CarPlay users the ability to use third-party mapping apps in lieu of Apple Maps.

Overall, according to J.D. Power, most consumers consider phone systems like CarPlay and Android Audio better than native systems installed in cars.

"Most consumers consider phone systems better for navigation and voice recognition--and they're free. 'Better and free' are hard to compete with, so automakers will inevitably have to cede this territory and will be much better served by focusing on areas where they are the exclusive provider--like driver assistance and collision avoidance--and continue to hone those systems."

In fact, 19 percent of new vehicle owners who have factory-installed navigation options don't use it, and of those people, 70 percent use another device, which is "almost always" a smartphone.

While CarPlay was slow to roll out following its 2015 launch, it is now installed in hundreds of vehicles from nearly all prominent automobile manufacturers. Apple maintains a list of vehicles that include CarPlay support on its website.

CarPlay is also available as an aftermarket option in systems available from companies like Pioneer, Sony, Alpine, and Kenwood.

J.D. Power's data was gathered from a survey of nearly 20,000 vehicle owners and lessees, and the full report contains additional detail about the highest-ranking vehicles from 2018.

dingle19
Not surprising, usability with Apple software has always been received better than competitors
Score: 14 Votes (Like | Disagree)

Even iPhone owners are more likely to use Google Maps than Apple Maps, whereas very few Android owners use Apple Maps.

Makes it hard to take anything JD Power said in that report seriously.
Score: 6 Votes (Like | Disagree)

arekm
No way to permanently disable carplay on a phone (I would like to charge only without car screen starting car play) and lack of wireless car play in 99% of cars sucks badly.
Score: 5 Votes (Like | Disagree)

oghowie
It's going to be even better since they're allowing Google Maps run on it soon.
Score: 5 Votes (Like | Disagree)

No way to permanently disable carplay on a phone (I would like to charge only without car screen starting car play) and lack of wireless car play in 99% of cars sucks badly.

You should be able to turn off CarPlay in the iPhone settings. The car should also have settings. And you should have a secondary charging only USB port that doesn’t integrate with CarPlay as well as a standard 12v charging receptacle.
Score: 5 Votes (Like | Disagree)
Read All Comments