The order, proposed in May, would roll back the Barack Obama administration's classification of internet service providers as "common carriers" under Title II of the Communications Act of 1934.

As common carriers, internet providers are required to act as neutral gateways to the internet. In other words, companies like Comcast are not allowed to speed up or slow down content passing through their networks.

If the order passes, ISPs will be reclassified as "information service" providers, as they were between February 1996 and February 2015.

For almost twenty years, the Internet thrived under the light-touch regulatory approach established by President Clinton and a Republican Congress. This bipartisan framework led the private sector to invest $1.5 trillion building communications networks throughout the United States. And it gave us an Internet economy that became the envy of the world.

Apple and dozens of other large technology companies urged the FCC to reconsider its proposal. The FCC also received a record-breaking 22 million comments from the public during a feedback period that ended in August.

Those against the order believe that the FCC rolling back the internet's classification as a public utility will hurt net neutrality, as it could eventually divide internet users into so-called "fast lanes" and "slow lanes."

In a letter submitted to the FCC in August, Apple warned that paid fast lanes could result in an "internet with distorted competition."

Pai, who was designated as FCC chairman by Donald Trump, insists the Obama-era internet regulations are a "mistake." Under the new rules, he said the FCC will "stop micromanaging the internet" to foster innovation.

Today, I have shared with my colleagues a draft order that would abandon this failed approach and return to the longstanding consensus that served consumers well for decades. Under my proposal, the federal government will stop micromanaging the Internet. Instead, the FCC would simply require Internet service providers to be transparent about their practices so that consumers can buy the service plan that's best for them and entrepreneurs and other small businesses can have the technical information they need to innovate.

Despite the significant backlash from tech companies and the public, it is widely expected that the FCC will vote in favor of the order next month.

We already have that. What is your point? I still feel like Net Neutrality was fixing something not really broken. It was always "this could happen" or "that might happen."

No we don't. We have service packages based on speed and, in some places, on data use, but not on actual content or specific websites (and even when there is a data cap, it is neutral in regard to what websites use the data). Now consider this carrier in Portugal, which does not have net neutrality regulations: 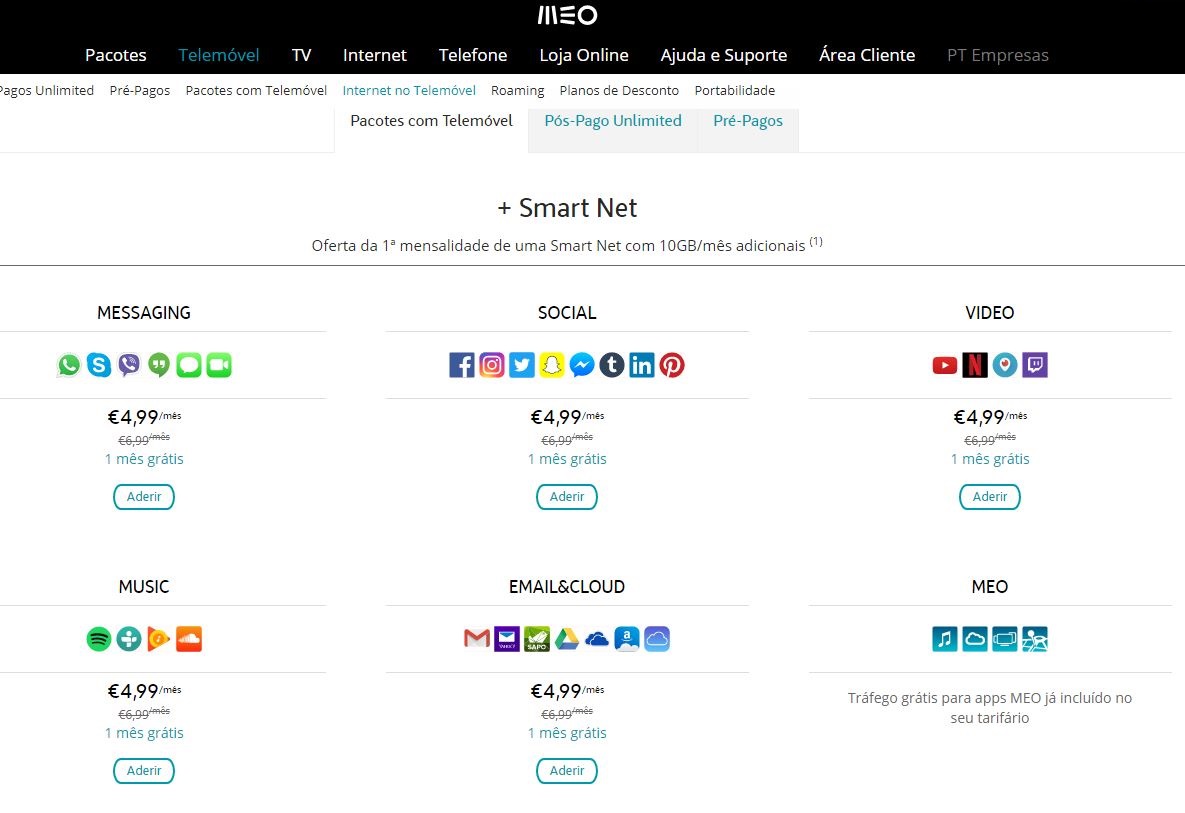 I do not ever want to see something like this in the U.S. In other words, what websites you can access depend on your plan, and they are grouped into packages like channels in a cable TV plan. In addition to implementing a scheme like this, a provider could theoretically slow down a competitor's streaming service and speed up their own. This is especially problematic in rural areas where they may only be one ISP to choose from.
Score: 127 Votes (Like | Disagree)

I'm a Trump supporter through and through, but this is ridiculous. I'm very much against this.

We already have that. What is your point? I still feel like Net Neutrality was fixing something not really broken. It was always "this could happen" or "that might happen."

chrono1081
Remember at the polls:

If you think "both sides are the same" you haven't been paying attention to any political issues.
[doublepost=1511287522][/doublepost]

I'm a Trump supporter through and through, but this is ridiculous. I'm very much against this.

He announced that he was against Net Neutrality back in 2014 (via Twitter no less). This shouldn't be a surprise.
Score: 75 Votes (Like | Disagree)
Read All Comments