Microsoft and Qualcomm have revealed they hope to release ARM-powered laptops by the end of the year, with the two companies promising multi-day battery life from the new machines (via Trusted Reviews).

At its annual 5G summit in Hong Kong, Qualcomm revealed new details about the PCs it is developing in partnership with Microsoft. Known as "Always Connected PCs", the laptops are powered by Qualcomm's Snapdragon 835 processor and rely on an ARM emulation layer to run x86 Windows 10 desktop applications. 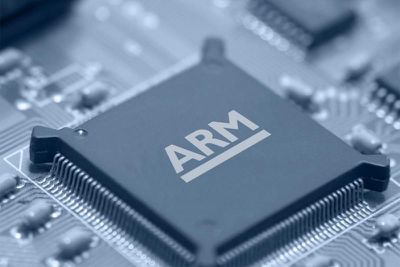 ARM processors require fewer transistors, which enables a smaller die size for the integrated circuitry. Their smaller size and lower power consumption are two reasons why they can be found in iPhones and iPads, but the increasing performance and efficiency of the chips is making the step up to laptops a realistic proposition.

Microsoft said it is already testing "hundreds" of the ARM-powered laptops internally on a daily basis, with battery life in particular exceeding expectations.

"To be frank, it's actually beyond our expectations. We set a high bar for [our developers], and we're now beyond that. It's the kind of battery life where I use it on a daily basis. I don't take my charger with me. I may charge it every couple of days or so. It's that kind of battery life."

Bernard added: "I would consider it a game-changer in terms of the way people have experienced PCs in the past."

Apple is reportedly looking into using ARM-based core processor chips for future MacBooks, which would reduce the company's dependence on Intel. Industry sources claim that Apple would instead build its notebook chips using ARM Holding's technology, a British company that designs ARM architecture and licenses it out to other companies.

Microsoft basically shooting itself in the foot.

Apple will bury their performance and battery life with their A chips, finally bound to the Mac thanks to Windows-on-ARM compatibility.

^^^THIS^^^
AND, if my assumptions are correct Apple will have a native ARM OS and have native compiling from Swift to (their own) ARM chips. Emulation, if they even use it, will be for transition (like Rosetta was from PowerPC to Intel).

So, yeah, Apple's native ARM (owned from swift language to their A-series CPU) will crush an emulated platform. Note how much better Games are on iOS vs Android. Imagine emulated x86 games versus native ARM games on Mac OS. It won't even be close.
Score: 10 Votes (Like | Disagree)

djcerla
Microsoft basically shooting itself in the foot.

Apple will bury their performance and battery life with their A chips, finally bound to the Mac thanks to Windows-on-ARM compatibility.
Score: 9 Votes (Like | Disagree)

So... if Apple potentially is considering shifting to the A11 chips for the MacBook. Would it run iOS and tech be an iPad or would it run macOS?

It would have to run macOS. iOS is for toys, it's a joke. Perfect if you want to take selfies and share with friends, useless for actually doing anything.
Score: 5 Votes (Like | Disagree)

Arm64MyMac
Intel is very much against emulation of their CPU's. I don't know how Intel plans to enforce emulation however. Glad to see real competition to the MacBook. Personally, I think iOS for desktop/laptop makes the most sense. One app that scales from phone to desktop. Adding mouse/trackpad support is the main user interaction functionality remaining and has to be easy given there are jailbreak tweaks that allow that now.

I would think that Apple could supply both Intel AND ARM chips in a crazy hybrid fusion like laptop/desktop machines, which can then perform both backward compatible, battery hungry operations and native arm, battery efficient operations. This would be a good transition to standalone ARM pro level computers in the future.
Score: 5 Votes (Like | Disagree)

Naaaaak
Looks like Apple is going to get beat in the innovation game, again.
Score: 5 Votes (Like | Disagree)
Read All Comments