The SEL and SE I are compact and lightweight single-slot expansion systems that differ only in size and enable users to take advantage of the Thunderbolt 3's 2,750 MB/s of PCI Express bandwidth to support high performance adapter cards.

The Echo Express SEL — Thunderbolt 3 Edition is the smallest and quietest Thunderbolt 3 chassis yet, measuring 4 inches wide by 8.25 inches long by 2.8 inches tall and weighing just 1.75 pounds. The SEL houses one low-profile, single-width PCIe 3.0 card, including the majority of the most popular Thunderbolt-compatible 16Gb and 8Gb Fibre Channel, 40 and 10 Gigabit Ethernet, 6Gbps or 12Gbps SAS and SATA host bus adapters, RAID controller cards, and even low-profile pro video capture cards like the BlueFish 444 Epoch 4K Neutron.

As an added benefit, the second Thunderbolt 3 port also supports a variety of displays and a multitude of USB 3.1, USB 3.0, and USB 2.0 devices when connected with the proper cable, and also fully supports the DisplayPort 1.2 protocol, which enables streaming to one 4K display at 120Hz, or two 4K displays at 60Hz, or one 5K display at 60Hz.

The list of compatible PCIe cards is available on Sonnet's website. Sonnet is also offering Thunderbolt 3 upgrade cards for existing Thunderbolt 2 Echo Express SEL and SE I expansion systems, enabling those models with all the capabilities of the new Thunderbolt 3 Editions.

I guess still no GPU support? Apple is sleeping ZzzzZZzz

Can firms start getting on those e-GPU's please? That is the undeniable / exciting future!!!

This is good news ahead of NAB where we'll likely see support (or custom solutions) for RED PCIe cards like the RED ROCKET and RED ROCKET X for Thunderbolt 3.

Support eGPU from Apple is badly needed. Integrated cards just do not deliver the type of performance required for many video editing and motion graphics tools.

Getting updated Mac Pro's out in the market should be a priority as well. Hopefully before NAB...

Nice. Waiting for e-gpu though.

The dedicated graphics card is what kept me buying the MacBook Pro (and the 15-inch screen size). If they made a laptop with a 14-15 inch screen that I could plug into a dock/eGPU for the occasion that I want to run a game I'd buy it in a heartbeat.

This is useless with it being unable to plug a real GPU in.

If you want an eGPU enclosure, get the AKiTiO Node. I have been using one and it works with all Thunderbolt equipped Macs (oldest being a 2011 17" MacBook Pro) in both macOS and Windows - more info on eGPU for Mac ('https://egpu.io/thunderbolt-egpu-for-mac-2017-update-macos-sierra/'). 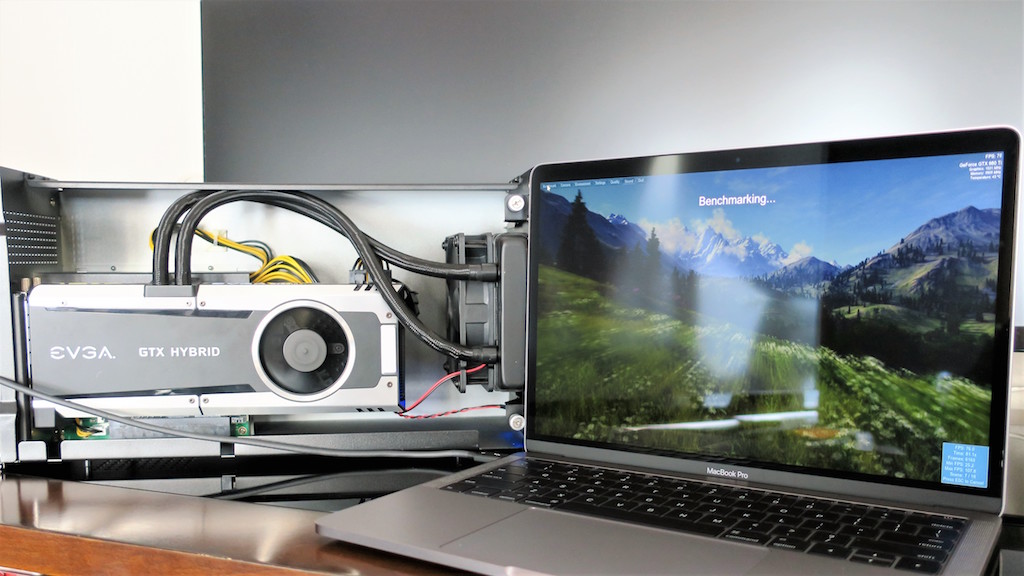 I'll be networking this baby with Appletalk.
Score: 8 Votes (Like | Disagree)

Dilster3k
Can firms start getting on those e-GPU's please? That is the undeniable / exciting future!!!
Score: 5 Votes (Like | Disagree)

strukt
Nice. Waiting for e-gpu though.
Score: 4 Votes (Like | Disagree)

noone
The dedicated graphics card is what kept me buying the MacBook Pro (and the 15-inch screen size). If they made a laptop with a 14-15 inch screen that I could plug into a dock/eGPU for the occasion that I want to run a game I'd buy it in a heartbeat.
Score: 3 Votes (Like | Disagree)
Read All Comments