Thursday October 29, 2015 2:14 pm PDT by Juli Clover
Customers who pre-ordered the Apple TV and opted for one-day shipping have begun receiving their devices in New Zealand, where it is just after 9:00 a.m. local time. Deliveries will begin soon in Australia and countries in Asia, before expanding to Europe and the United States.

Those who pre-ordered their Apple TVs on Monday can expect to begin receiving them at the end of this week and the beginning of next week, as not choosing one-day shipping largely offered delivery estimates of November 2 to November 4. 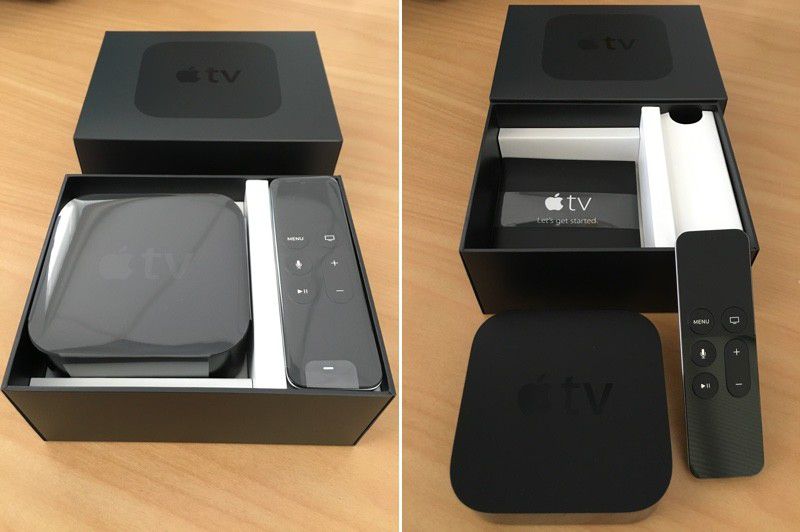 Apple's retail stores will also begin selling the Apple TV on Friday, October 30. The first customers in Australia should be able to pick up an Apple TV in the next few hours.

As customers begin receiving their Apple TVs, Apple has officially launched the tvOS operating system for the device to allow those with developer and review units to update to the publicly released version. Following the update to the official tvOS software, users are able to access the App Store and search function to locate and install apps on the device.

Install ALL the apps! pic.twitter.com/19iVyjFjZ7


The Apple TV is available for purchase from the Apple online store. It's priced at $149 for 32GB storage and $199 for 64GB storage.

H. Flower
I'm trying to get excited about this, but until I see some useful killer apps, or an innovative subscription service, I just can't.....
Rating: 17 Votes

vertical smile
I am excited for the future of the Apple TV and TV OS!
Rating: 10 Votes

vatter69
I really want to upgrade - sick of Airplaying Amazon Prime to my ATV3 - however until i see confirmation that Amazon will actually launch such an app - im leaning towards the Fire TV. God what did i just say? :)
Rating: 7 Votes

I am excited for the future of the Apple TV and TV OS!

1. Twitter App
2. Facebook App
3. Home Kit integration
4. Streaming options (Netflix, Hulu, even an Apple Streaming service)
5. Seinfeld streaming service (yes I watch it that much).
6. Music Visualizer - the worlds best digital jukebox on your TV.
7. Information queries - this ranges from todays news to your calendar appointments and also read me my email please!


Please no ... Facebook on the TV no!!! We need a world with less Facebook not more!
Rating: 5 Votes

ErikGrim
OK, so my 64GB AppleTV and Nimbus controller arrived today. I hooked it up to my 65" 4K display. Here's what I thought

First impressions:
- Once setup and apps downloaded it's amazing how quickly it fades into your nightly viewing.
- Navigation is really natural
- Picture quality is fantastic, even with 1080p on a 4K screen (tested using mostly Netflix)
- Amazing step up from using HDMI out from iMac in every way, very slick and frictionless experience
- Never mind stepping up from a ghetto Chromecast
- Alto is fantastic on a big screen
- Oceanhorn is AMAZING on a big screen, really brings the full Zelda: Wind Waker experience alive
- Screensavers are gorgeous

The so so:
- Apps like Airbnb and TripAdvisor look gorgeous, although their usefulness beyond that is questionable.
- No sync with phone for apps
- No download all for purchased apps
- Siri is limited beyond the functions demoed (will be fixed soon)
- Plex is still in review (hopefully out soon)

The bad:
- Phone setup didn't work at all. Just never registered or did anything. Turned BT off and on, turned WiFi off. Nothing. (iOS 9.1)
- Entering passwords really is a pain, just awful
- Early days with apps clearly: Never found out how to multiplayer in Crossy Road. Nimbus mapping for Alto wing suit also dropped me back into menu
- My TV introduces a very slight, but noticable lag from upscaling 1080p.
- Haven't really needed to try out Siri yet (kudos to easy navigation I guess?)

I fully expect the latter to work itself out. All in all this is the best experience I've had with my new (and first ever) TV. Even training the remote to set my TVs volume felt like magic. Anyone tried any third party upscalers that reduce lag? There's practically zero lag if the TV gets a native 4K signal from my iMac.

BOTTOM LINE: It's still very early days, but yes, I can very much see this being the serious base platform for the future of TV. The UI is a delight and it smoothes out so much friction that everything else I've had to deal with on a TV previously that we just instantly started USING it instead of TESTING it. Watched a full movie length documentary, four TV show episodes off Netflix. And spiced it up with gaming inbetween. Thoroughly enjoyable and with a lack of frustration that usually comes with anything having to deal with TV and devices. And that's a solid B+ in my book.
Rating: 4 Votes

gopnick
I hope there's a Fox News app to go go along with the existing CNBC and CNN apps. News Corp has been stingy in the past, but since there's one on iPad and one that works in a web browser, it makes no sense to deny us an authentication-based app for Apple TV.
Rating: 4 Votes

ksuyen
Yay! Just arrive half an hour ago! 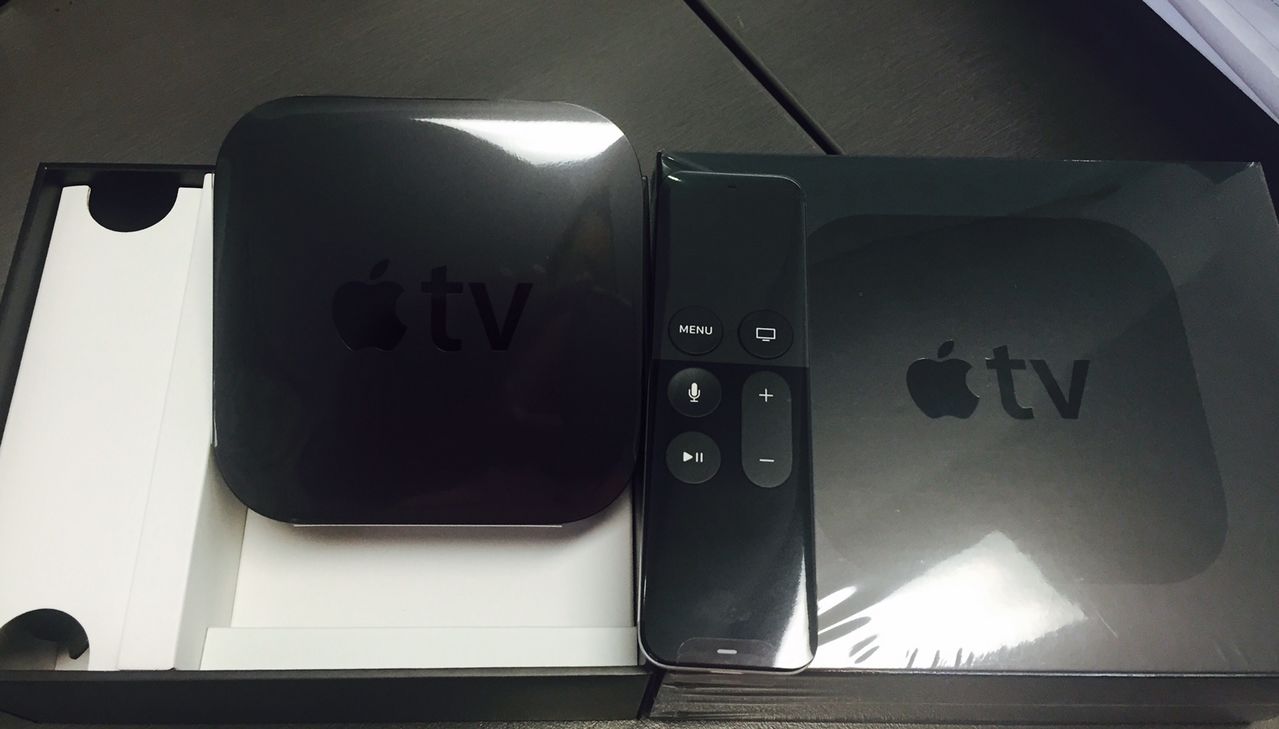 Wake me up when there is a Apple TV with HDMI 2.0a and it can output 4k and has 4k content for viewing.

Wake me up when there is a decent LCD TV with 4K worth spending the money on, because LCD TV's SUCK! 4K OLED is not an option as it's way overpriced and still has growing pains.
Rating: 3 Votes

Wake me up when there is a decent LCD TV with 4K worth spending the money on, because LCD TV's SUCK! 4K OLED is not an option as it's way overpriced and still has growing pains.

I needed a new TV as my old one broke so I couldn't wait any longer. I went with the Samsung js9500 and it's great. Perfect? No. Awesome? Yes!
Rating: 3 Votes