Apple today announced two clean energy programs aimed at reducing the carbon footprint of its manufacturing partners in China. Apple says the programs will avoid over 20 million metric tons of greenhouse gas pollution in China between now and 2020, which is equivalent to taking 4 million cars off the road for a year.

“Climate change is one of the great challenges of our time, and the time for action is now,” said Tim Cook, Apple’s CEO. “The transition to a new green economy requires innovation, ambition and purpose. We believe passionately in leaving the world better than we found it and hope that many other suppliers, partners and other companies join us in this important effort.”

The first program is aimed at expanding Apple's clean-energy investments in the country. Apple will build more than 200 megawatts of solar projects in the northern, eastern and southern regions of China. The projects will generate energy equivalent to the amount of energy used by 265,000 Chinese homes in a year. The Cupertino company also says the project will "begin to offset" the energy used in Apple's supply chain.

The second program is a new initiative aimed at driving Apple's manufacturing partners to become more energy efficient. Apple and its suppliers will install more than 2 gigawatts of new clean energy in the next couple of years. Apple will share strategies for procuring clean energy and building high-quality energy projects with its suppliers while also providing energy efficiency audits, regulatory guidance and more.

Apple's most well-known manufacturing partner, Foxconn, will construct 400 megawatts of solar energy in the Henan Province by 2018, with the manufacturer committing to generate as much clean energy as its Zhengzhou factory consumes in final production of the iPhone.

Finally, Apple announced that it has completed construction on 40 megawatts of solar energy in the Sichuan Province, which means that the company is powering 100 percent of its operations in China and is carbon neutral in the country.

fullauto
Impressive steps forward, great to see a company investing like this. Come and set up a solar farm in Australia Apple - we need someone to lead the way in renewable energy.
Score: 3 Votes (Like | Disagree)

Michaelgtrusa
Really in a country that we are at war with! Do you see what china is?! Can you see what the U.S./ E.U has created?! They opened and industrialized china for a reason that soon the U.S and it's allies will soon find out. This policy is a huge waist of Apple's money and would be better spent in their home nation and not communist china. So much more that I could add.....
Score: 2 Votes (Like | Disagree)

Impressive steps forward, great to see a company investing like this. Come and set up a solar farm in Australia Apple - we need someone to lead the way in renewable energy. 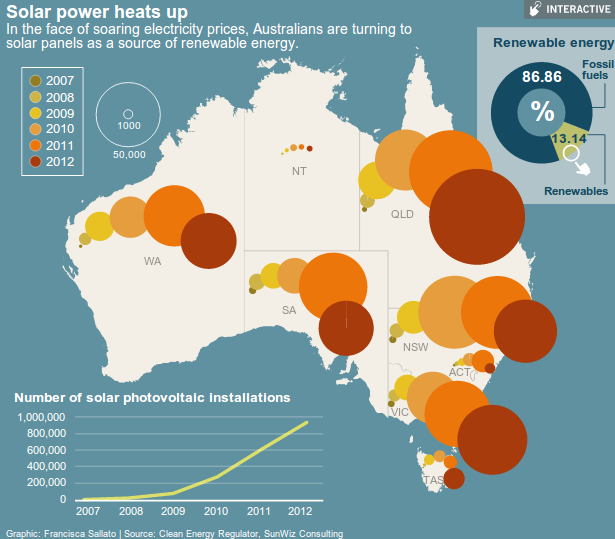 Morky
Climate change is not a localized problem. The scale of manufacturing and the size of the Chinese population means that pushing renewables there has an outsized effect in this ecological battle. It's more important than any politics.
Score: 1 Votes (Like | Disagree)

bigjohn
hopefully the plan is to expand after apple covers it's own needs. china has a huge problem with lead poisoning amongst everything else.
Score: 1 Votes (Like | Disagree)

Impressive steps forward, great to see a company investing like this. Come and set up a solar farm in Australia Apple - we need someone to lead the way in renewable energy.

Where in the story does it say that Apple is the saviour of the world, it's just doing this to cover up its own huge mess.
Score: 1 Votes (Like | Disagree)
Read All Comments