Thursday October 16, 2014 11:41 am PDT by Juli Clover
During today's media event, Apple announced that OS X Yosemite, the next version of its Macintosh operating system, will launch today on the Mac App Store. OS X Yosemite will be available for free to all users with an eligible machine, and iOS 8.1 will also be available on Monday for Apple's mobile devices. 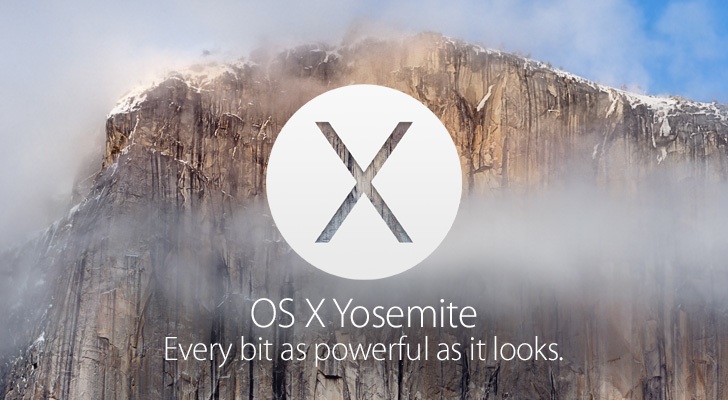 As detailed in our comprehensive OS X Yosemite roundup, the new operating system brings a new iOS 7-style design with an emphasis on translucency, smarter controls, and streamlined toolbars.


There are also several new features, including Continuity, which expands integration between iOS 8 and OS X, allowing users to accept phone calls on their Macs and seamlessly transition tasks from one device to another. Yosemite also includes iCloud Drive, plus new features and designs for several key apps like Mail, Messages, and Safari.

no, Apple said 8.1 comes out for iOS on Monday.


Yeah but this article is about Yosemite.

Cue the frantic refreshing of the App Store.


Clean install for me.
Rating: 14 Votes

Tried clicking the download for Mavericks. Started downloading and the icon is the one for Yosemite. 5.33 GB download. Will let everyone know if it's actually Yosemite.

SPOILER ALERT:
It's going to be Mavericks.
Rating: 12 Votes

Snookerman
Refreshing has been moved

Ok, guys. I've installed Yosemite and i must tell you...it is baaad.
I'm going back to Windows XP:mad:


I think you may have had too much vodka.
Rating: 9 Votes

Huh? I'm assuming that's a mistake, because most people nowadays are on WiFi.


Are you for real?
Rating: 8 Votes