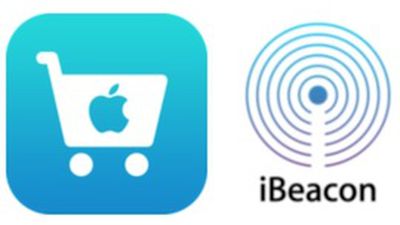 Earlier today, Apple launched its "iBeacon" initiative in its U.S. retail stores, allowing users of the company's iPhone app to opt in to receiving location-specific notifications and access to other information while browsing in the stores.

Following the announcement of the new system, ISI analyst Brian Marshall headed over to Apple's Fifth Avenue store in Manhattan for a first-hand look, and he came away with a "mixed-to-slightly negative" impression, failing to meet his expectations.

While the system conveniently notified Marshall while he was browsing accessories that he could use the EasyPay self-checkout feature of the iPhone app to automatically charge products up to $200 to his iTunes Store account, Marshall criticized several other aspects of Apple's iBeacon implementation.

We believe iBeacon will become an attractive marketing/sales tool over time, but were somewhat disappointed by the lack of functionality and customer experience on Day 1. Just as the company did with point-of-sale (PoS) purchase systems using iPhone/iPad in the past, AAPL will likely use its own stores to showcase the benefits/possibilities of the new technology going forward.

- Incomplete coverage: Marshall received no notifications for iPad or Mac products when standing at those stations, although he did receive additional iPhone upgrade eligibility notifications while browsing iPad and Mac.

Marshall also apparently hoped that the system would be used to offer special deals or promotions, but no such notifications were offered. As many customers already know, however, Apple's in-store deals are fairly rare and outside of special events like Black Friday are typically limited to third-party products such as printers.

With Apple's implementation of iBeacon only just now rolling out, there are certainly opportunities for improvements in the future, but some users may find themselves underwhelmed with the initial experience.

Marshall also apparently hoped that the system would be used to offer special deals or promotions, but no such notifications were offered.

So he was upset he didn't get a notification for a nonexistent promotion?
Score: 16 Votes (Like | Disagree)

So because one anal-yist had a bad experience in one store, on day one, it's immediately a bad product? I mean, just what were his expectations for it?


The article made clear a few of his expectations. The expectation of deals and discounts was just stupid.

However, anyone would expect to not be bombarded by the same pop-up time after time. I work in R&D. I know that no system is perfect and that you cannot account for every situation, but this isn't just a little thing. It seems to be a rather obvious point of failure for the system that should have been torture tested. Repeat acceptance/interference in a broadcast system, real or virtual, is a well known issue.

I hate to say this, but this is just another example of Apple's seemingly failing quality control department. This should have been tested and tested and tested. Instead, like too many of their products and service now a days they don't seem to test at all and release half-done products that they then try to fix in the field.

I can remember a time with Apple and its buyers derided firms like Google and Microsoft for this very thing. Now, Apple is joining them. Not a good thing for Apple at all.
Score: 12 Votes (Like | Disagree)

Jack Delgado
So what you're telling me is that in the event this kind of technology catches on, you physically won't even be able to run away from pop-ups.

eiuro
Nothing works perfectly on the first day of rolling it out especially so early in the day. This guys seems to want some attention. Over time iBeacons will work well.
Score: 6 Votes (Like | Disagree)

How apple of them

Sunday October 2, 2022 6:41 am PDT by Joe Rossignol
Apple is developing new iPad Pro, Mac, and Apple TV models, and at least some of these products will be released in October, according to Bloomberg's Mark Gurman. However, Gurman continues to believe that Apple is unlikely to hold an event this month. In the latest edition of his Power On newsletter, Gurman said "the big iPhone 14 unveiling last month was probably it for Apple in 2022 in...
Read Full Article • 180 comments