Tuesday September 10, 2013 8:48 am PDT by Eric Slivka
A pair of photos posted to Chinese microblogging site Sina Weibo and shared by HDBlog.it [Google Translate] show what is alleged to be packaging for an official Apple case marketed for the iPhone 5S but which would also fit the iPhone 5. Text on a paper insert within the packaging indicates that the case is at least partially constructed of aniline-dyed leather, similar to Apple's Smart Covers for the iPad and iPad mini. 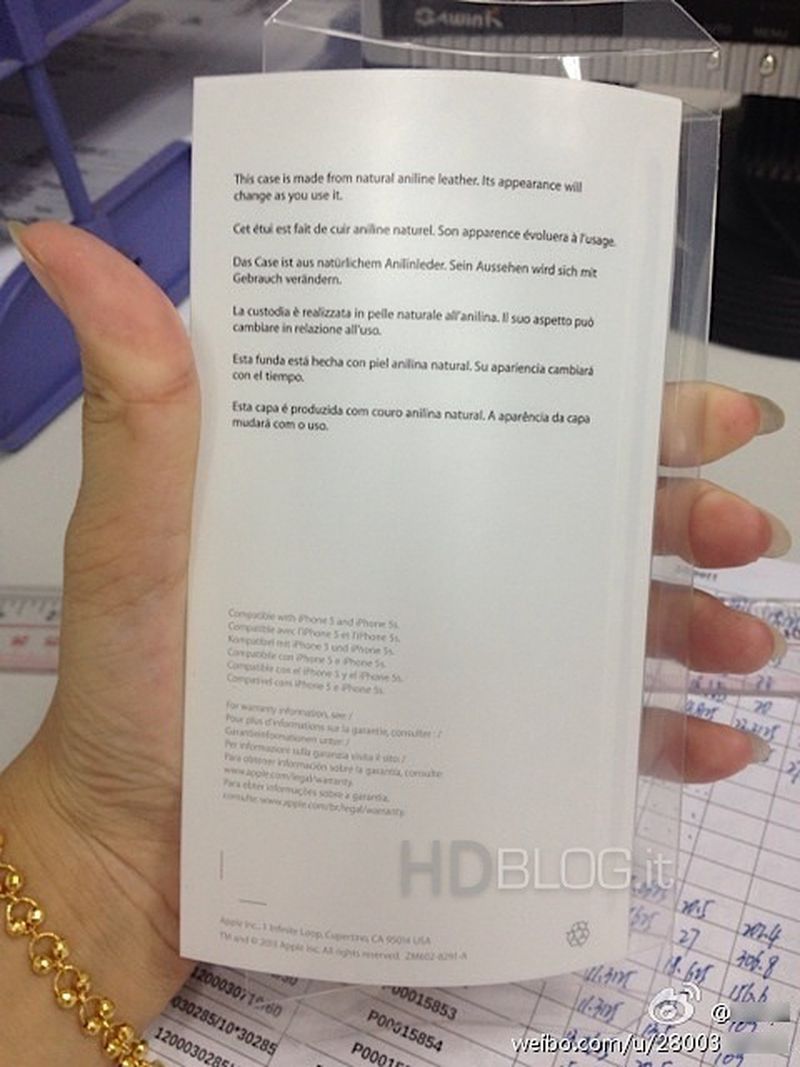 This case is made from natural aniline leather. Its appearance will change as you use it. [...]

Compatible with iPhone 5 and 5s. 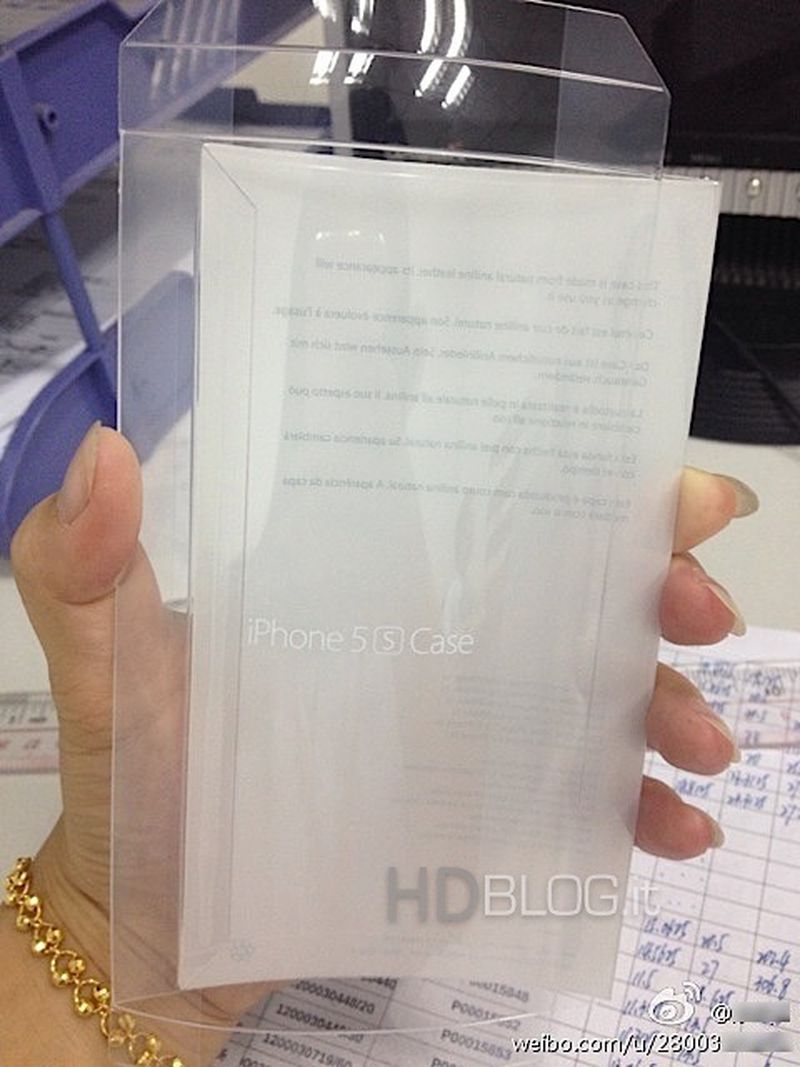 As the report notes, the informational text included on the paper insert is similar to that seen on other Apple accessories, and the "iPhone 5S Case" name printed on the plastic packaging matches the styling seen on an alleged leaked box for the device itself.

One questionable aspect of the paper insert is the use of a lowercase "s" in "iPhone 5s", as Apple has traditionally used a capital "S" when printing the names of its "S-model" iPhones in plain text. The packaging itself also appears to be rather large considering Apple's usual standard of minimal packaging for its products.

Apple is expected to unveil both the iPhone 5S and a lower-cost iPhone 5C at a media event beginning in just a few hours.

Otterblue
So that's where the leather from iOS 7 went!
Rating: 30 Votes

i5pro
Pretty soon she will be out of a job. how many ugly hands with that bracelet possibly have access to that info.
Rating: 11 Votes

g0odfr1end102
Still no words on a livestream from Apple? :confused::(
Rating: 9 Votes


We have the case of a case, don't you know that's headline material at macrumors?!!
Rating: 3 Votes

If anyone with a hand like that worked into my workplace, they'd be told to get out and fix it up. That is just plain disgusting.


What's wrong with it?! Yeah, their nails might be a little long but "disgusting", really?!
Rating: 3 Votes

WardC
And what long nails do you have!, said little Red Riding Hood.
Rating: 3 Votes

the8thark
If anyone with a hand like that worked into my workplace, they'd be told to get out and fix it up. That is just plain disgusting.
Rating: 3 Votes

DrJohnnyN
New iPhones being released today? Where have I been?
Rating: 3 Votes