Half-Life, the first person shooter originally released in 1998, skyrocketed developer Valve to fame and influenced an entire generation of first person shooters. Despite its popularity, the game has never been available through Steam for Mac, until today. 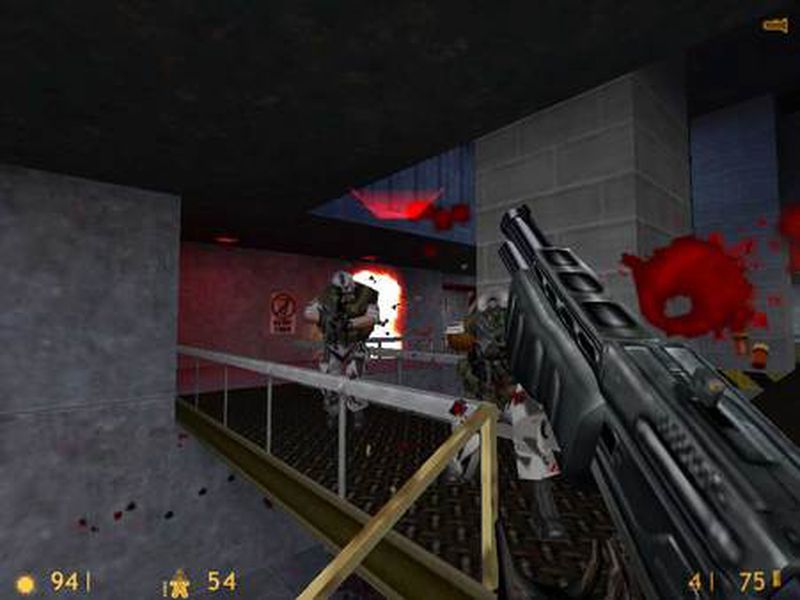 As discovered by Cult of Mac, Valve released Half-Life for Mac on Steam this morning, though the company has yet to make an official announcement about the product.

Other Valve games like Half-Life 2 and its episodes have been previously available on the Mac version of Steam, but users can now add the original Half-Life to their collections for $9.99. It has also been bundled into several different value packs.

Half-Life was originally developed for the Mac back when the Windows version was released, but due to disagreements with Apple, the Mac version was scrapped at the time.

The Half-Life page in Steam still indicates that the game is Windows only, but Cult of Mac bought and installed the game on a Mac to confirm that it functions. The game can be purchased via Steam for Mac for $9.99.

I remember writing but not sending hate mails to Gabe Newell because they'd promised a Mac version from back when the game was in initial development, then backed out.


See, this is the problem with young people these days, no patience! If they don't get what they want within 15 years, they get all stroppy! Why, back in my day...

chainprayer
They're waiting for you Gordon...
...in the test chamber.

MasterHowl
Now we'll have to wait another 10 years for Episode 3...
Rating: 5 Votes


I remember writing but not sending hate mails to Gabe Newell because they'd promised a Mac version from back when the game was in initial development, then backed out.

LimeiBook86
Am I the only one who was hoping we'd see the OS 9 (Mac Classic OS ) version released? Even just for fun? ;)
Rating: 5 Votes

cryingrobot
tonight were gonna party like its 1999.
Rating: 3 Votes

Amazing Iceman
That game was awesome when it first came out.
I used to play it up close on a 120" projection screen with 5.1 Surround system in the dark and it was very scary!

I wonder if Steam would let me play it on the Mac for free, considering I owned the Windows version.
I guess I'll sign in later to see what happens.
Rating: 3 Votes