Late last month, fingerprint scanner firm AuthenTec announced that it had been acquired by Apple, naturally leading to speculation that Apple is looking to include the company's biometric security technology in its products.

A lengthy report from The Next Web now takes a look at the U.S. Securities and Exchange Commission filing documenting the negotiations that led to the acquisition, highlighting Apple's sense of urgency in obtaining access to AuthenTec's technology, whether through acquisition or licensing. According to the filing, Apple and AuthenTec began discussions in late 2011, with serious talks about a potential licensing deal starting up in late February 2012.

Then the agreement shifted completely.

On May 1, Apple decided it wouldn’t be satisfied with a commercial agreement and notified AuthenTec’s representatives of its proposal to acquire the company instead. Apple offered a price of $7.00 per share, valuing AuthenTec at a 115% premium over the closing price of its common stock as a day previous, pricing that Apple believed “other potential buyers would be unwilling to pay.”

On May 2, Apple started tightening the screws. The company believed its price was “very attractive” as AuthenTec would face challenges trying to develop new technologies for its rivals, which “have dozens of different smartphone platforms, in contrast to Apple’s unique narrow product platform, which allows for unity of design in component parts across significant unit volumes.”

The regulatory filing details how Apple insisted that negotiations proceed quickly due to its "product plans and ongoing engineering efforts", with Apple informing AuthenTec that it would not participate in an auction for the company due to the tight timeline. Negotiations continued under a tight time schedule, but they hit a snag when Apple discovered some unacceptable issues during its due diligence process, and discussions once again turned back to a potential licensing agreement rather than an acquisition.

[F]rom June 1 to July 3 both parties continued to “design and develop the technology for Apple and continued to negotiate to narrow the significant differences between the parties regarding acceptable terms for a commercial agreement.”

If there was a sign that Apple was hell-bent on integrating the technology in its products no matter what, this was it.

Gears shifted once again in mid-July once AuthenTec reported that it had resolved the issues raised by Apple during the due diligence process, and a full acquisition of AuthenTec by Apple was once again back on the table. Negotiations over just a handful of days brought together the final package that saw Apple pay $8.00 per share for AuthenTec and make licensing-related payments totaling $135 million.

The Next Web points to Apple's urgency during the negotiations and willingness to obtain access AuthenTec's technology under whatever scenario it could achieve as reason to believe that Apple is under a very tight timeline to bring the technology to its new iOS device hardware. The technology would be a nice complement to iOS 6, serving as one component to unlock the potential of Apple's new Passbook digital wallet feature.

Throughout its meetings with AuthenTec, Apple was keen to express that work on the new technology must continue unhindered, regardless of whether it entered a commercial agreement (which involved royalties, patent licensing and its exclusive use) or it acquired the company.

Will we see fingerprint technology in the new iPhone (or iPad)? It seems almost certain.

Apple is expected to introduce the next-generation iPhone on September 12, and while part leaks seen so far have yet to reveal evidence of the incorporation of a fingerprint sensor, a number of observers have argued that the capabilities could be relatively easily incorporated into the device's home button.

I would be VERY surprised if this made it into this year's iPhone. Apple isn't one to rush these things...
Score: 28 Votes (Like | Disagree)

I picture Apple sitting across the conference table with a checkbook and pen in hand asking how much it's going to take for them to be bought out. 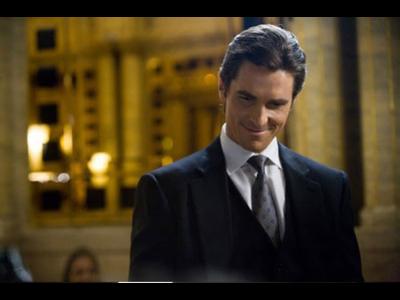 "Well, you see, I'm buying this hotel, and uh, setting some new rules about the pool area."
Score: 17 Votes (Like | Disagree)

The Next Web points to Apple's urgency during the negotiations and willingness to obtain access AuthenTec's technology under whatever scenario it could achieve as reason to believe that Apple is under a very tight timeline to bring the technology to its new iOS device hardware.


Or they wanted to move quickly so once competitors got wind of the deal they wouldn't get into a bidding war.
Score: 9 Votes (Like | Disagree)

Imagine a homescreen button with a built-in finger print scanner! No more slide-to-unlock and wrong passcode. Others would not be able to use your phone either without you physically being there. :)


Oh come on, we've all seen the movie where they cut off the finger from the corpse to gain access .... ;)
Score: 8 Votes (Like | Disagree)

Truffy
I still find it difficult to believe that Apple could get this into the product for a September announcement
Score: 8 Votes (Like | Disagree)
Read All Comments