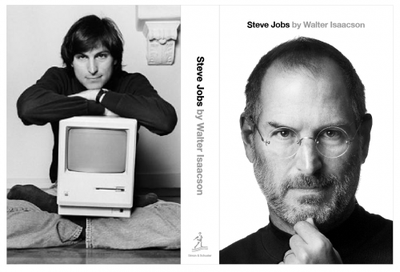 With Walter Isaacson's authorized biography of Steve Jobs set for release next Monday, tidbits from the book have been surfacing from time to time. But the most significant revelations to become public ahead of the book's launch will come on Sunday, when an interview with Isaacson airs on the CBS show 60 Minutes. CBS is offering a brief preview of the segment, which will reveal that Jobs regretted an early decision to delay surgery for his pancreatic cancer back in 2004.

"I've asked [Jobs why he didn't get an operation then] and he said, 'I didn't want my body to be opened...I didn't want to be violated in that way,'" Isaacson recalls. So he waited nine months, while his wife and others urged him to do it, before getting the operation, reveals Isaacson. Asked by [60 Minutes correspondent Steve] Kroft how such an intelligent man could make such a seemingly stupid decision, Isaacson replies, "I think that he kind of felt that if you ignore something, if you don't want something to exist, you can have magical thinking...we talked about this a lot," he tells Kroft. "He wanted to talk about it, how he regretted it....I think he felt he should have been operated on sooner."

Isaacson goes on to note that Jobs continued to receive cancer treatments after his surgery, even as he was playing down the seriousness of the issue and telling people that he had been cured. By the time of his surgery, the cancer had already spread beyond his pancreas to the surrounding tissues, suggesting that earlier surgery that could have caught the cancer before it spread might have given Jobs a much better chance.


Isaacson's interview, which will air on the 60 Minutes episode beginning at 7:00 PM Eastern Time Sunday on CBS, offers a number of other tidbits from Jobs' life, including his views on death and the effect of extreme wealth on some of Apple's early employees, a perspective that shaped how he dealt with his own wealth.
[ 193 comments ]

Mattie Num Nums
I am 29 and had been very sick for 2 years and recently they found a lump on my pancreas. The first thing I said to them was lets do it lets get rid of this! After having my gall bladder and bile duct taken out last month and getting the thumbs up that I am so far cancer free I can say it was the best decision I made.
Score: 36 Votes (Like | Disagree)

lamar0607
Very sad that he regrets it--my wife's mother died of pancreatic...if there was a window to have solved it, and you know it, you always take it.
Score: 22 Votes (Like | Disagree)

helix21
I have a feeling this book is going to very revealing, more so than what people anticipate and I feel many people won't like what they read.

HarryKeogh
It's amazing what a different mindset I am from that.

If I found out I had cancer I'd ask the doc "um, can you cut me open like now?"

Sad when a good person could have possibly bought some more time by acting quicker.
Score: 18 Votes (Like | Disagree)

firestarter
It's impossible to separate Steve's rejection of cancer treatment from his brilliance as an innovator and CEO.

If a parallel universe was inhabited by 'sensible Steve' who got the cancer op immediately, I'm pretty sure that none of us would have heard of him. What sort of sensible person would continue to work long hours, if they had a great family sitting at home and a billion already in the bank? I wouldn't!

So this 'stupidity' is just the flip side of the coin of Steve's brilliant personality. Yes, he died sooner than he should have - but he also accomplished more during that time than most of us ever will.
Score: 12 Votes (Like | Disagree)
Read All Comments